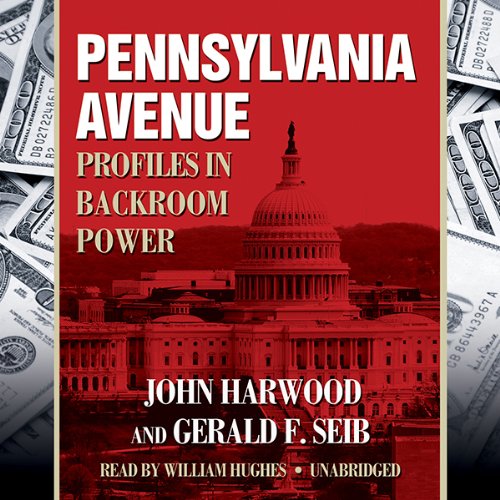 With keen inside analysis and great stories drawn from astonishing access to Washington's key players, Pennsylvania Avenue takes us behind the scenes to show what really happens on the first street in America and how that affects the country.

The last decade produced one of the greatest political transformations in American history: a shift from the Reagan revolution, which had begun to dismantle the Democratic establishment. Since the Reagan era, the way Americans pick their representatives has undergone changes that have produced a new kind of politician and new institutions, turning upside down the way things get done on Pennsylvania Avenue. Harwood and Seib expose the forces that produced this great change and reveal how contemporary politicians are making the new power game work, along with the consequences for us all.

This book was very interesting, entertaining, and insightful.. Would highly recommend for anyone who loves politics and/or the working of our federal government or better yet Washington DC..

But be warned it has some surprising spots in it...and it wasn't anything like I thought it was before this book!! Highly Recommend..

A look behind the scenes of government

This book was fast paced and examined a diverse selection of offices and agencies that influence Washington. The topics changed and evolved in a way that provided something of interest to everyone. It was a fascinating look inside for anyone intested in the ways people and non government agencies can influence our government.