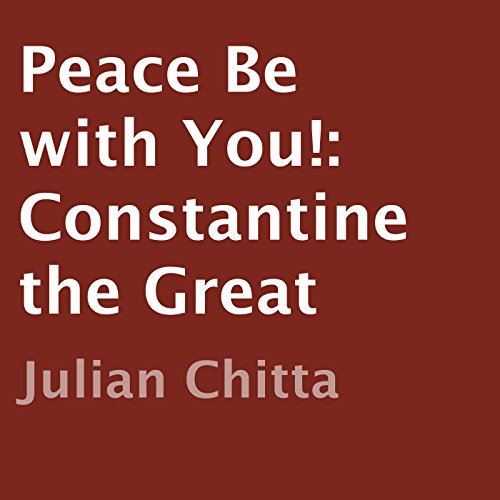 Peace Be with You!

Peace Be with You!

By: Julian Chitta
Narrated by: Justin Harmer
Free with a 30-day trial

This is the story of Rome during the fourth century in the time of its 57th emperor, the first Christian ruler, Flavius Valerius Constantinus, who later was called Augustus - the man known to posterity as a saint and as Constantine the Great. His life and work was the object of study for countless historians, yet most of them missed to discover the man under the purple imperial robes. This audiobook tries to fill in some of the missing aspects necessary to reconstruct his true portrait. He was not a perfect man - by any standards - just the right man, at the right place, at the right time. This is the story of a Christian Liberator. If there strong similarities between the ancient Rome and the contemporary Washington, DC, they are only coincidental, since the author did not make any efforts to describe them, abstaining from pointing them to you as flukes of history, even though, sometimes the history may repeat itself!

What listeners say about Peace Be with You!

If you could sum up Peace Be with You! in three words, what would they be?

The information in this book was well spelled out and thorough. The narrator was really interesting.