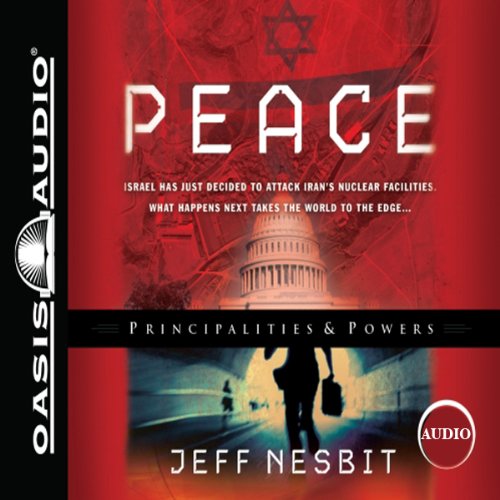 By: Jeff Nesbit
Narrated by: Robertson Dean
Try for $0.00

It’s the most dangerous of chess moves and a race against the clock. Iran sprints to the nuclear finish line. Israeli attack fighters head toward the border of Iran. As leaders struggle to confront the threat, the world holds its breath. Will principalities and powers and the “salt of the earth” - great and small - be able to intervene before events spin out of control?

Nash Lee, an NGO entrepreneur, is determined to make a difference through his worldwide mVillage network. Kim Grace, a nuclear scientist imprisoned in North Korea’s secret Camp 16, knows the truth about the devastating technology she helped develop. Anshel Gould, the brilliant chief of staff at the White House, has created a radical peace plan based on the long-forgotten UN proposal for Palestine after the Second World War. But is there a way to stop what seems unstoppable? What Iran, Israel, North Korea, and other earthly principalities and powers decide next could lead to global confrontation….

What listeners say about Peace

This is an excellent book! Superior writing, loaded with great characters, and the narration is excellent! I look forward to reading the next book in the series soon!