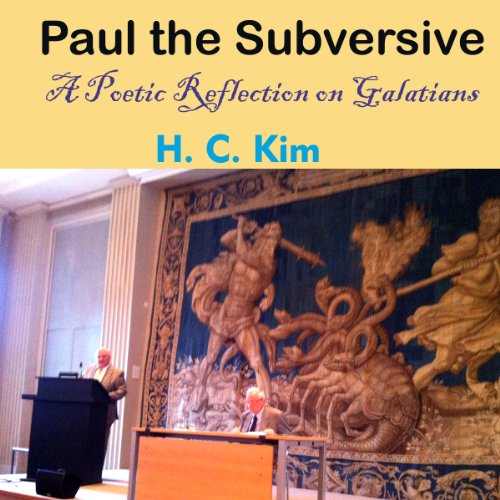 By: Heerak Christian Kim
Narrated by: Karl Steudel
Try for $0.00

Apostle Paul was a subversive, whose agenda was preserving the purity of the Gospel passed down from Jesus of Nazareth. Like a watchdog, Saint Paul cautiously guarded the message of salvation that all those who believe in Christ as Lord and Savior God are saved and become members of the family of Christ regardless of race, ethnicity, color, and socio-economic level.

This ideal of Jesus, which Paul espoused with a passion, was radical for his time. Paul the Evangelist lived in a highly segregated society where a person's worth was tied to his birth. But just as Jesus had treated everyone as individuals who could become members of the people of God by believing in Jesus Christ, Paul emphasized that Christ was the answer for all who believe. Paul was particularly fighting those who put too much emphasis on race. There were Christian leaders of Jewish birth who had hard time letting go of their ethnocentric ideas.

Apostle Paul boldly chastises major leaders in early Christianity who had this problem. In Paul's book, there was no room in Christianity for a special race that was superior to others. Saint Paul's subversive teaching against ethnocentric tendencies is particularly relevant for today.

What listeners say about Paul the Subversive