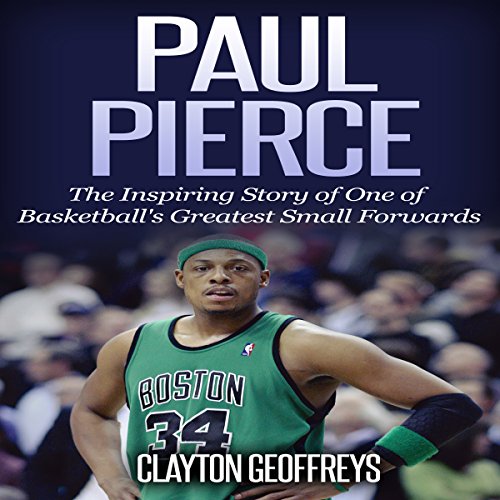 By: Clayton Geoffreys
Narrated by: Nicholas Barta
Try for $0.00

In Paul Pierce: The Inspiring Story of One of Basketball's Greatest Small Forwards, you will learn the inspirational story of one of basketball's premier small forwards, Paul Pierce. Since joining the NBA as the 10th overall pick in the 1998 NBA Draft, Paul Pierce has solidified his legacy as one of the most impressive small forwards to ever play the game, having led the Boston Celtics alongside Kevin Garnett and Ray Allen to the 2008 NBA Championship.

It was no surprise to others in the league when the Big Three captured the title, as the Celtics simply dominated.

While Paul Pierce has since moved on to other opportunities around the league, there is no question that Pierce's legacy will forever be tied to the Boston Celtics franchise. In this book, we'll explore Paul's journey into the NBA, his greatest moments, and what makes "The Truth" one of the greatest small forwards to ever play the game.

What listeners say about Paul Pierce

The book was very informative and did an excellent job of providing stats and historical information. Unfortunately, the narration fell short and came across as sterile. I would have enjoyed the book more if the actual subject of the book had provided the narration. In the future, go that extra mile and make an effort to see if the subject of your books will agree to narrate. Just a thought...