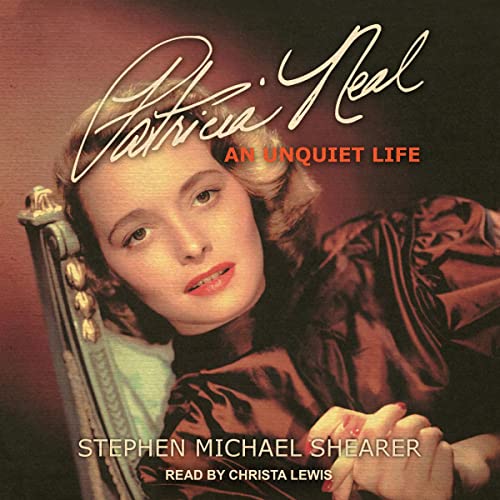 By: Stephen Michael Shearer
Narrated by: Christa Lewis
Try for $0.00

The internationally acclaimed actress Patricia Neal (1926-2010) was a star on stage, film, and television for more than 60 years. She is perhaps best known for her portrayal of Alma Brown in Hud, which earned her the 1963 Academy Award for Best Actress.

But there was much more to Neal's life. She was born in Packard, Kentucky, though she spent most of her childhood in Knoxville, Tennessee. In 1953, Neal wed famed children's author Roald Dahl, a match that would bring her five children and 30 years of dramatic ups and downs. At the pinnacle of her screen career, Neal suffered a series of strokes which left her in a coma for 21 days, and Variety even ran a headline erroneously stating that she had died. She appeared in several television movie roles in the 1970s and 1980s and won a Golden Globe for Best Actress in a Dramatic TV Movie in 1971 for The Homecoming.

Patricia Neal: An Unquiet Life is the first critical biography detailing the actress's impressive film career and remarkable personal life. Author Stephen Michael Shearer conducted numerous interviews with Neal, her professional colleagues, and her intimate friends and was given access to the actress's personal papers. The result is an honest and comprehensive portrait of an accomplished woman who lived her life with determination and bravado.

What listeners say about Patricia Neal