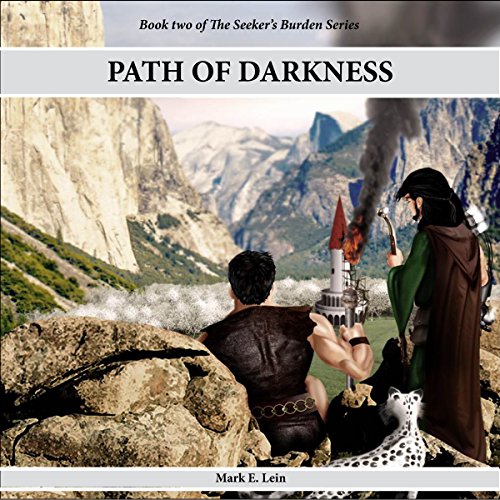 Book Two of The Seeker's Burden series continues the story of two men forced into separate attempts to seek the truth and save all they know.

The enemy has succeeded in gaining a foothold in the north, and there are whispers of an internal threat in the capital of Astar Terrace. In the aftermath of the northern battle, Prince Ethan and his comrades have been forced apart, left to piece together remnants of hope from unlikely sources. Oliver continues to wrestle with a lack of guidance as he and the Goblin brothers make their way out of the Shadowmyst Mountains toward the only place that can give them the next sign. Hope struggles to grow within the young man, but what waits for them may crush it completely.

What listeners say about Path of Darkness