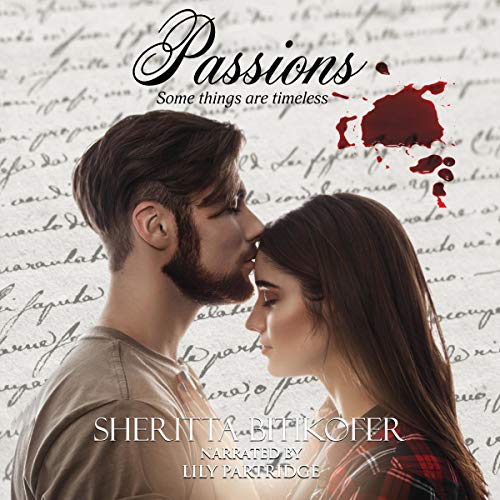 His world was dark until she brought the light...

Chloe Kaspin has two dreams. Find a quiet place to recover from an abusive ex-boyfriend and to make a living as a writer. The first dream is fulfilled when she inherits her beloved aunt’s cabin in the Georgia mountains. Now, the second dream is up to her. Then she finds mysterious notes critiquing her work. Has a dangerous stranger managed to invade her refuge? Or is her cabin as haunted as the townsfolk say it is?

Gavin Caras immigrated from England to Georgia in 1733. While pursuing his dream of being a writer, his entire family was wiped out by a mysterious infection. Only Gavin survives, not only alone, but with a hunger that can only be satisfied by blood. For generations, he’s managed to hide in the basement of the cabin he built. But now his cabin is occupied by a woman who shares at least one of his passions: the world of the written word. Late one night, he finally reveals himself to her, not a ghost, but a man driven by an unholy hunger, a passion he would die to end if he could.

The autumn winds may be chilly but Gavin warms Chloe’s heart. Then children go missing in the nearby town. Has Gavin been lying to Chloe? She’s willing to help him find a way to end his blood-lust, but the cost may be too high. Chloe and Gavin can’t rewrite the past. Can they survive to write a new future together?

What listeners say about Passions

I really enjoyed the story. Very interesting! The narrator has kind of a weird accent going on, but it’s not so horrible that I couldn’t finish it.