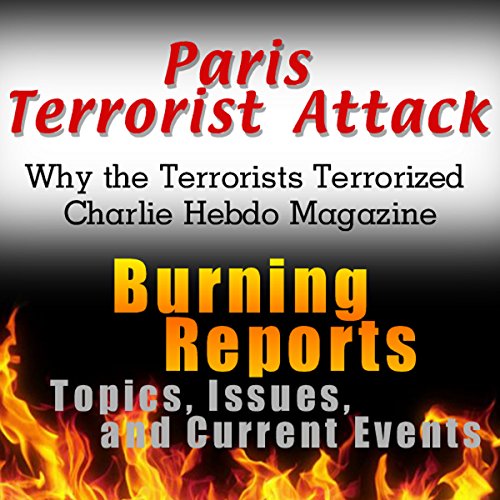 The attack on the Charlie Hebdo offices in Paris shocked the world, with many governments coming out strongly to condemn it. There are many people who did not know the events that led to this attack and what followed.

This Burning Report contains information that explains the reasons that could have led to the Paris shooting, what happened during the attack and the subsequent attacks, the reaction of the citizens of France and the world at large, the steps taken to bring the perpetrators to justice, the population of Muslims in France and Europe, how Muslims are viewed in these areas, if there were any clues that the police and government could have used to prevent the attack, other attacks that have happened in France and on the Charlie Hebdo news magazine in the previous years, and how the people of France treated the attack.

This Burning Report will enlighten you on the Paris shooting and the war against terror in Europe, and you will be in a position to understand what happened and the reasons behind them.