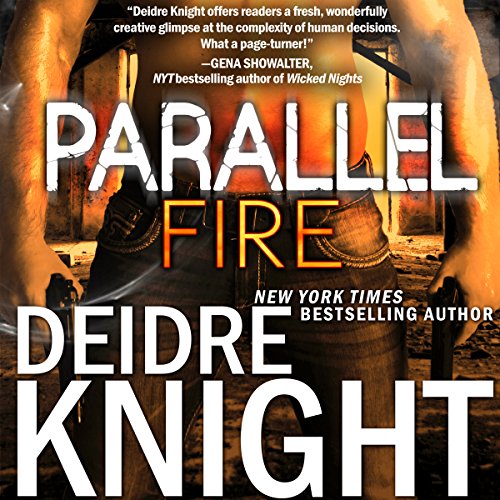 Anna Draekus has harbored a shadowy secret all her life - a secret that she's trained for years to conceal from her king and fellow military officers. Anna belongs to an elite, underground guard charged with protecting the royal family at all costs. This sworn responsibility is one that must never be discovered - not even by King Jared himself.

But when her superior officer, Nevin Daniels, uncovers her membership in the circle of protectors thought to be extinct, Anna finds herself in treacherous territory. A place where attraction and temptation overrule everything else, including her loyalties.

Despite his attempts to keep Anna out of his thoughts, Nevin can't help but fantasize about the beautiful soldier and admire her free spirit - nor can he resist her unselfconscious sensuality. While Nevin attempts to maintain his aloof, unemotional exterior, he and Anna embark on a routine patrol together. But when an unexpected incident leaves them marooned deep in the backcountry of Wyoming, Nevin's longings grow dangerously close to fruition. And his cool reserve crumbles in the face of his long-tempered desire for Anna - a desire that has trapped him in an emotional stranglehold. Theirs is a magnetic attraction that not even a man of Nevin's discipline and rank can resist - and Anna is all too eager to finally allow the flame of their lusts to blaze to life. After all, what happens in the back country of Wyoming stays in the backcountry of Wyoming.... Or does it?

What listeners say about Parallel Fire