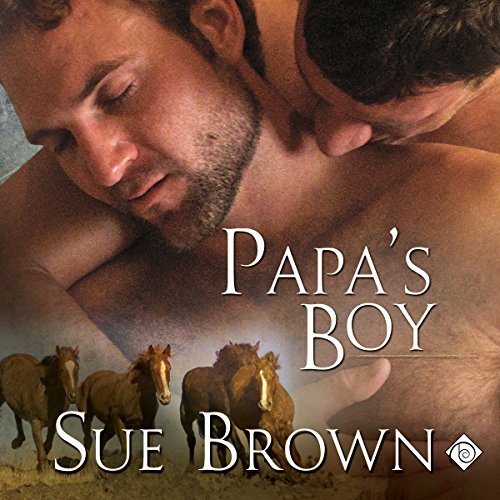 By: Sue Brown
Narrated by: Aaron Pickering
Try for $0.00

When Ray Sloane tires of the men in his usual club, he finds himself in the Pink Palm, an inauspiciously named spit-and-sawdust dive, not the sort of place an elementary school teacher and pastor's assistant should be seen in. On the other hand, Ray needs a fresh face. But what he gets is a closeted, desperately unhappy divorcé named Zeke.

Losing his teaching job and his kids has left Zeke bitter and in denial about his sexuality, but Ray is determined to get under his skin. Just as Zeke starts to relax, life interferes with Ray's plans: Lee, the teenage organist from St. Mark's, tells his parents that he was abused as a teenager by a prominent congregation member from his old church, and Ray becomes the target of bullies at school and has to worry about his own job. With the specter of what happened to Zeke hanging over him, Ray must protect Lee and his own reputation, all while trying to convince Zeke that he doesn't need to run away when their relationship grows more intense.

What listeners say about Papa's Boy

Coming Out is Scary

There is so much strength in these men. Zeke has so much to overcome and real reasons to fear. But once again the people of Lost Cow are there to support and care for family. I also love the way that Zeke's ex turns out to be a better person when the lines of communication are open.

I just love the crew at the Lost Cow. Although this is the story of Ray (Noah's deputy) and Zeke, the rest of the gang continues to be a large part of the story. Things come to a head with Pastor Jackson in a most unexpected way. Lots of drama, smex and overall cowboy goodness. Worth a credit.