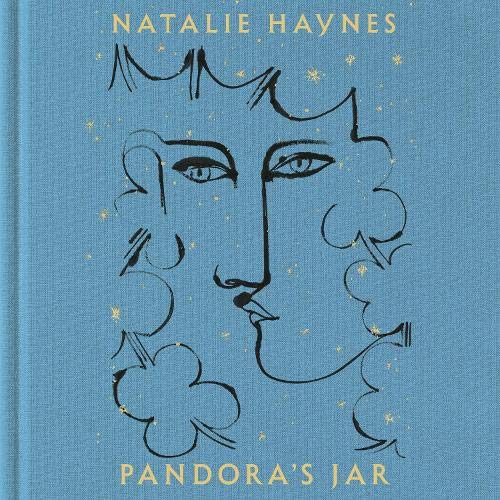 The Greek myths are among the world's most important cultural building blocks, and they have been retold many times, but rarely do they focus on the remarkable women at the heart of these ancient stories.

Stories of gods and monsters are the mainstay of epic poetry and Greek tragedy, from Homer to Aeschylus, Sophocles and Euripides, from the Trojan War to Jason and the Argonauts. And still, today, a wealth of novels, plays and films draw their inspiration from stories first told almost 3,000 years ago. But modern tellers of Greek myth have usually been men and have routinely shown little interest in telling women’s stories. And when they do, those women are often painted as monstrous, vengeful or just plain evil. But Pandora - the first woman, who according to legend unloosed chaos upon the world - was not a villain, and even Medea and Phaedra have more nuanced stories than generations of retellings might indicate.

Now, in Pandora's Jar: Women in the Greek Myths, Natalie Haynes - broadcaster, writer and passionate classicist - redresses this imbalance. Taking Pandora and her jar (the box came later) as the starting point, she puts the women of the Greek myths on equal footing with the menfolk. After millennia of stories telling of gods and men, be they Zeus or Agamemnon, Paris or Odysseus, Oedipus or Jason, the voices that sing in this audiobook are those of Hera, Athena and Artemis, and of Clytemnestra, Jocasta, Eurydice and Penelope.

"Funny, sharp explications of what these sometimes not-very-nice women were up to, and how they sometimes made idiots of...but read on!" (Margaret Atwood)

What listeners say about Pandora's Jar

I'm fairly new to the classics, mainly through Stephen Frys excellent books, so its fascinating to hear another side to the great stories

Fantastic weaving of myths, which the author, thankfully, dives pretty deep into their myriad roots—would have loved more about Athena and Medusa and their link to the Libyan Amazon triple headed goddess Neith—but perhaps next time ;) The contextualising and calling the myths forward into their modern iterations for a deeper understanding of our western culture is *chef’s kiss* Always a joy when an author reads their texts with a clear love of the work and a microphone presence. Recommended

Witty with new perspectives on myths that we share

I simply loved listening to this book with its new perspectives on the (our) ancient mythological heroes and heroines. The enthusiasm of the author who is also the narrator is palpable but also a challenge. You need to be focused to listen to this book but it is never boring and really worth the effort. I will listen and listen again to it and so look forward to be able to see some of the artwork that is mentioned and referred to. If travelling will be possible again. The author spent her lockdown well!

I absolutely adored this book! A much needed perspective to any lover of Greek Mythology! Thought provoking and brilliant.

I particularly enjoyed the chapter on Medusa. I had never considered her anything other than a monster.

have recommended this book to all my mythology nerds.

Natalie's reading of the book is great.

I'm so pleased this book exists!

I’m not sure how I found this book but I’m very glad I did. An incredibly interesting take on stories we all think we know inside and out. Greek myths focused on the women who feature in them and a re-examination of how we’ve come to see them in today’s world. Also, excellently read by the author Natalie Haynes who does it justice in a way only possible by someone who is deeply knowledgeable and engrossed in the material. Get this book; you’ll be glad you did

I adored this. As a fan of A Thousand Ships and Stands Up For the Classics this encapsulates what makes both of them great. Told with heart, Haynes’ passion and enthusiasm are tangible and its infectious. Heartbreaking at points and funny at others. Can’t stop recommending it to people.

I believe we are the stories we hear and absorb growing up and Greek myths are always with us. So how great to have these myths studied, analysed and re-served to us with explanations of the history of their interpretation throughout the ages. Then she brings them bang up to date and looks back at how the interpretations have impacted our beliefs. You can change how you see yourself when you change how you interpret the stories that make us. 10/10 for a thought provoking, intelligent and entertaining book.

These stories are among the archetypes of western culture. Natalie Haynes’ puts women back in their original place at the stories’ centre - with a laser sharp analysis that is always as heart felt as it is entertaining. Don’t miss this collection - read by Natalie Haynes herself. As she might put it herself - listening to Pandora’s Jar, you’ll want to be in her gang.

I have one complaint after listening to this book - I've now got to wait for the awesome creative force that is Natalie Haynes to produce and narrate another book. Listen to this for new insights into so many areas, all delivered with her normal wit and humour. She touches on serious points and makes complex arguments accessible.
The performance is superb. Ms Haynes may have very many other things that she would rather be doing, but I sincerely hope that she narrates all future books. I've listened to her other books and there are some great performances by other narrators. But she is in a class of her own.

I love the Greek myths and hugely enjoyed this funny, knowledgeable insight. Definitely recommend it!

This is a beautifully written piece that perfectly challenges normal societal views regarding women in classics. Natale Haynes presents the women in ways, and with so much passion, that you will fall in love with them. The book includes many aspects to reflect upon and after finishing the book, I cannot wait to start it again.

A stunning work of non fiction.

This was not what I expected, it was so much more! I rushed to listen to this straight after reading Haynes’ “A thousand ships” and was pleasantly surprised that this book is much more than a retelling of these classic stories. It is also an intelligent and beautiful feminist insight into these complex and often overlooked characters. The pop culture references throughout were also a welcome addition! A witty and informative work of non-fiction narrated beautifully by the author.