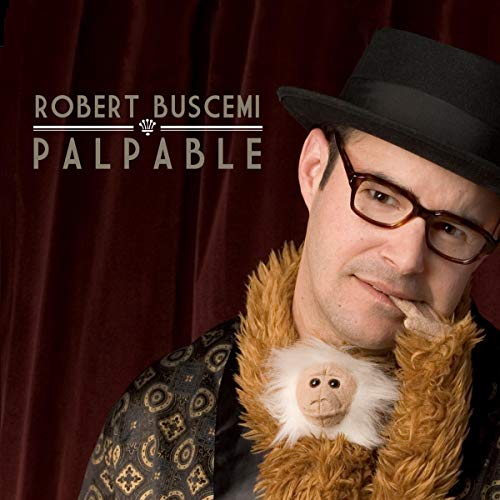 Not that Robert Buscemi deceives the IRS when he writes "comedian" on the occupation line of his tax return; it’s just that his overriding job is engineer of his nonstop train of thought.

On Palpable, the paradoxical Buscemi takes the audience at the Lincoln Lodge in Chicago and listeners everywhere else on an often-impressive express ride through his equally corny and ingenious, grandiose and ingenuous, clownish and refined comic mind.

My kind of weird

I love Robert Buscemi’s bizarre train of thought. His laid back drawl lulls you into thinking he is normal but he is wonderfully abnormal. I highly recommend you listen.