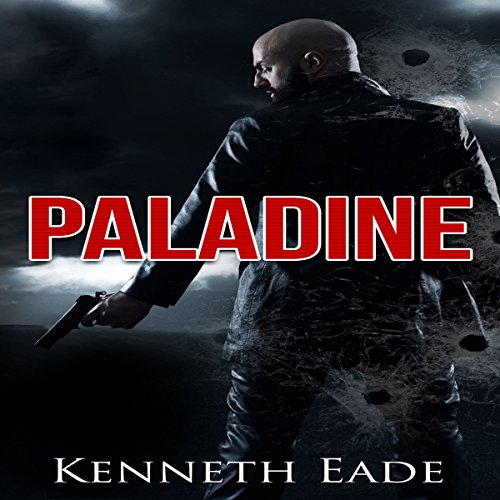 Robert Garcia was an unremarkable man, tapped out of a promising military career to become a death squad assassin for the CIA. Retirement was not in the cards for Robert, so he disappeared instead. After he comes out of the cold to answer the call to aid a fellow soldier facing a bum rap, he is thrust back into the spotlight when he is in the wrong place at the wrong time and kills a terrorist, thereby saving dozens of lives. He finds gainful employment in the slaughter of jihadists, which sparks an urban social media legend that Robert, a dangerous and unfeeling assassin, is a living paladin whose mission is to rid the earth of evil for the betterment of mankind. Social media gives him the name, "Paladine", and god help whoever gets between him and his next target.

What listeners say about Paladine

Good solid story about a vigilante...

I just enjoy hearing stories about what I sometimes wish was reality.

Which character – as performed by Ken Solin – was your favorite?

The main character, Robert Garcia. Although a few people have complained about the narration I thought Ken Solin did a fine job. Although his performance was a bit monotone, I kind of picture Paladine speaking or thinking in a monotone. He sees a situation, analyzes the various outcomes and takes action depending on which he sees as having the most positive conclusion.

This is the first book in this series but it will not be the last one I will listen to. I enjoyed it very much and am curious to see where this character will go. I can see quite a bit of potential as with Kenneth Eade's Brent Marks series. My only complaint is that I would like a longer book that is a little more fleshed out.
HIGHLY RECOMMENDED.
If you found this review helpful please indicate so.
Thank You.

Kept my interest to the end. A few non connecting places but all in all worthwhile reading. Makes you wonder how safe are we. How easy one can exploit our defenses using are own laws against us.

Overall, this book is a decent read. There are several plot lines, plus, the expected suspense. It's not a thriller, but it does include creditable material regarding the workings of government agencies. The reader, however, needs help. You can hear him swallowing spit again and again unless you have something happening in your background space so that you are distracted from that noise. Worse, his pausing is way off. He may pause in the middle of a sentence then finish with what seems like an unconnected fragment until you recall the previous sentence. He may pause in the middle of a scene in a chapter long enough to make you think that he is going on to another scene, but he's not. Then, when he does go on to another scene, he may not pause at all. On top of all this, either his reading or the author's writing is choppy because there are few, if any, extended phrases or sentences.

I initially read and reviewed the book, and feel, after listening to the audio version, that it's great both ways. The storyline is both current and fascinating to me. Robert Garcia will continue to be right up there with Brent Marks as my favorite characters so far. ☺

Would you recommend this book to a friend? Why or why not? No, the story was ok the kind of stuff I like but there were some gaps in the story. What was your reaction to the ending? (No spoilers please!) Not enough explanation is given about what happened to get our hero where he was. Who would you have cast as narrator instead of Ken Solin? Scott Brick Did Paladine inspire you to do anything? No Any additional comments? The Narration was stilted and at times whiny.