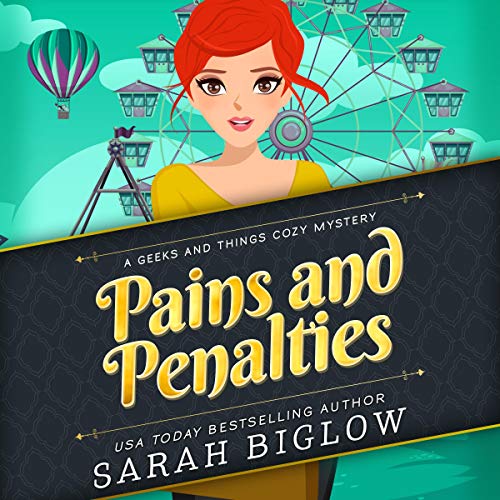 By: Sarah Biglow
Narrated by: Barbara Nevins Taylor
Try for $0.00

A new amateur sleuth is on the case in the first book of this cozy mystery novella series.

When Kalina Greystone returns home to the small town of Ellesworth, MA, in the wake of her father's passing to take over the family's comic book shop, she never expects to reconnect with her old flame, Detective Christian Harper. But when elderly Mrs. Davies winds up murdered at the annual Solstice Fair, Kalina can't help but get swept up in his investigation and solving the case.

While Detective Harper runs his investigation, Kalina cozies up to the dead woman's best friend, Mrs. Grant, and learns that she and a third woman, Ms. Ellicott, might be targets. Someone has sent them notes with the cryptic warning: "Lying is a mortal sin."

As Kalina digs deeper into the women's shared past, she unearths the perjury that sentenced an innocent man to prison. After discovering Ms. Ellicott dead in her home, Kalina and Detective Harper must race to unmask the killer before vengeance can be sated.

What listeners say about Pains and Penalties

It takes a lot of skill to craft a mystery this short, but this one works! Kalina takes over as owner of the local comic book shop when she returns to town from the job that required a business degree after her father died. But she has an eminently logical mind and quality research skills, so when her teenage nephew witnessed a dramatic death at the town fundraiser and she suspects foul play, she dives right in! A very good read made even better by narrator Barbara Nevins Taylor! Whispersync wins again!

This is an enjoyable cozy mystery with interesting characters and a good plot. I would recommend it to anyone looking for an easy read/listen.