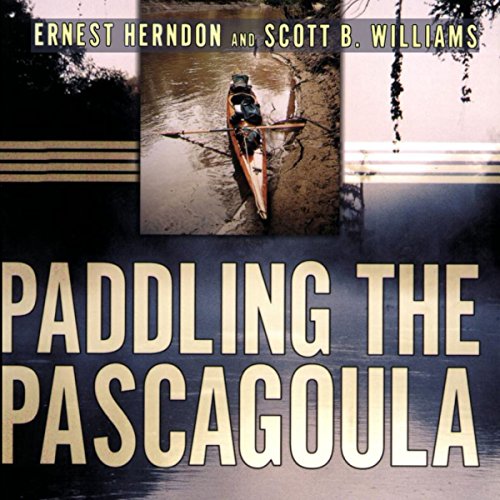 By: Ernest Herndon,Scott B. Williams
Narrated by: David Randall Hunter
Try for $0.00

To explore this sanctum, authors Ernest Herndon and Scott B. Williams traveled its entire 200-plus mile length by canoe and sea kayak, respectively. Each floated one of two major tributaries, Herndon taking the Leaf, Williams the Chickasawhay. They then met on the main Pascagoula and continued on to the Gulf Coast. Along the way, the two saw alligators and ospreys, conservationists and good ole boys. They ran rapids and explored swamps, dodged logjams and investigated possible pollution sources.

The audiobook gives the armchair explorer a vivid feeling of what it would be like to float this wonderful river and provides a wealth of information about what makes it special and the problems that threaten it.

"The Pascagoula and its enveloping forests...are among America's natural treasures. I am very pleased to see them celebrated...by this fine book." (Edward O. Wilson)

What listeners say about Paddling the Pascagoula