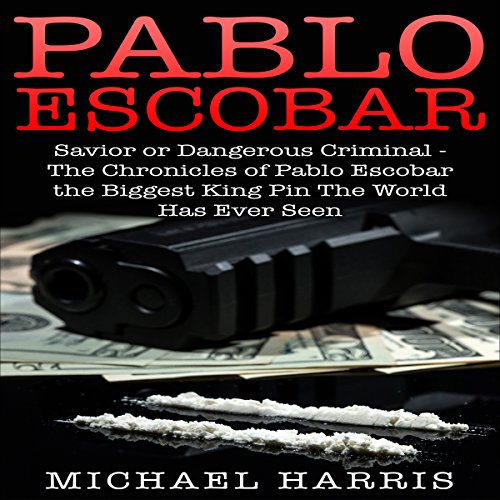 Before I began working on this book, I thought that I would be able to stick to the preconceived notions that I'd formed about Pablo Escobar some years ago when I first heard about him. And this is because I only thought Pablo Escobar to be a drug dealer who just happened to make a lot of money. However, the more I learned about Pablo Escobar, the more I realized that he was a man of many faces. I discovered that he embodied a weird but interesting dichotomy that helped him make many enemies and also gain many devotees.

Known as "El Zar de la Cocaína" (The King of Cocaine), Pablo Escobar is regarded as the richest criminal in history. He acquired an estimated net worth of 30 billion dollars by the 1990s, and an estimated 50 billion dollars including money that was hidden away in different parts of Colombia. As leader of the unrelenting Medellín Cartel, Pablo Escobar obtained control over as much as 80 percent of the international cocaine trade. He was responsible for smuggling tons of cocaine through various parts of the world. He most frequently smuggled drugs into Colombia, the United States, Peru, Honduras, Bolivia, Canada, and Europe. Much of the cash he accumulated has never been retrieved since his death.

The more money and power Escobar accumulated the more enemies he made. So much so that in order to protect his freedom and empire, he had no choice but to wage a bloody war against the Colombian government. In the wake of this war, Pablo Escobar organized and carried out the slaying of thousands, including public figures, journalists, police officers, politicians, innocent Colombian and US citizens, and other criminals. By the end of his reign as the most powerful drug dealer in the world, his body count has been estimated to be about 4,000.