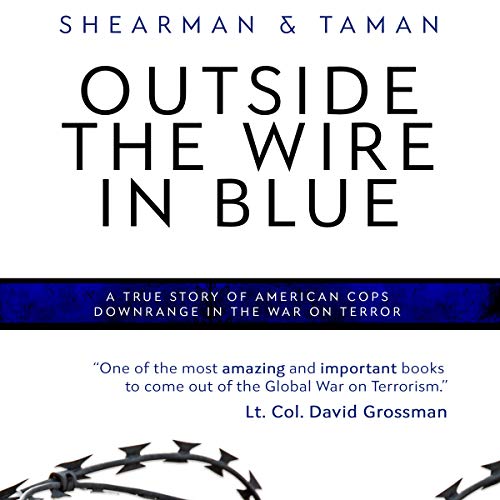 Outside the Wire in Blue

In Outside the Wire in Blue, coauthors and American Police Officers David Shearman and James "JT” Taman dramatically reveal the highly successful but little-known DOD civilian law-enforcement advisory program born out of the height of the 2006 campaign against the insurgency in Fallujah, Iraq.

During this struggle, US Army and Marine Corps leaders recognized that contemporary tactics and strategies were ineffective against an insurgency that acted more like thugs and criminals than a regular fighting force. The question that plagued these leaders asked who within their arsenal of warriors understood organized crime, the mind-set of criminals, and the tactics and techniques of gangs. The solution was not found within the DOD, it was found in their brothers in blue - the American police officer.

What listeners say about Outside the Wire in Blue

A must read for any Law Enforcement Officer with military desires. The real deal. GREAT.