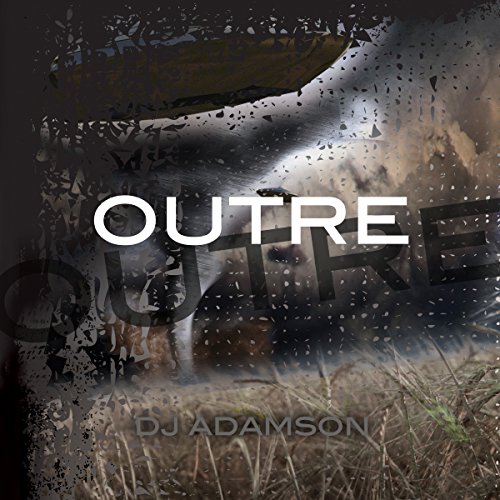 Award-winning and nominated YA novel.

Jakob Cahill (Jake) is a want-to-be storyteller whose father works for NASA. He and his best friends, Pitts and Diddleman, following current alien sightings on the Internet, become certain there has been a visitation in their hometown of Pinkerton, Iowa. People dying or missing. Animal manipulations. Evidence mounts they are not alone.

No one believes them, and there are others, including the police, trying to keep the truth from coming out. Pinkerton has other secrets, too. As these come to light, Jake and his friends brave to search out what is terrorizing their small town.

What listeners say about Outre

one of those wow books

This is the first book in the Deviation Trilogy. There is mystery, suspense and plenty of action. A quick listen that holds the listener captive. It ends with a cliff hanger, leaving the listener wanting more.

It took a few chapters for me to get the characters straight. In fact, I listened to the prologue and first chapter twice. After that, I really enjoyed it. I’m excited to find out what will happen next. Mr. Boris did a great job narrating. I received a review copy and voluntarily left this review.

I guess I don't fall under the target audience group for this book. This one is more suited for much younger listeners. Audible has correctly classified it for "ages 11-13" which wasn't visible in amazon page where I had listened to the sample. The book has a light/simple story without much complications and is pretty straight forward. A well-read adult person won't find anything extra-ordinary or entertaining in this book. People who are just starting reading might be interested though. But only if you are willing to invest 3 credits in this series. More on that below -

Has Outre turned you off from other books in this genre?

Not the genre, but this series. This book ended in a cliffhanger. And I absolutely despise such endings. I understand books in a series need some hook to bring the readers to the next book. But it should be just that - a hook, not a "must read or else you wasted your time so far" gamble. Each book in a series must provide the readers some closure. Tell a story, give it some sort of closure, add an interesting hook at the end so that the reader gets interested in the next book. Sadly, this book opted for a no closure cliffhanger.

The narration was well rounded in this book. The saving grace, imo. The audio was clear and I had no difficulty following the dialogues.

Lots of suspense and fast paced. Quick listen which is nice. Narration was good. The book overall was ok. Just not great.

Outre is the first book in the Deviation trilogy by D.J. Adamson. This is Jack Cahill's account of a tornado that happened in Pinkerton Iowa in 1989. This was a great read into what happened to Jack and those around him.

This is a short read, good if you want something you can read in one sitting.

It starts out a little slow before picking up the pace. After the first few chapters there's plenty going on, lots of mystery to be figured out.

At the end there is quite a cliffhanger. However overall the book left me wondering why? Why was any of this happening? What is the purpose? Where are the links? Actually I was thinking why for most of the book.

While there are two more books in the series that may answer the questions this book left me with, I'm unlikely to read them, for me this book was good but not great. I think a younger audience might like this more than I did.

The narration was well done, good character voices and the tone of the delivery matched what was happening in the story.

Rule number one: Don't leave your readers hanging at the end of a book. Give us SOME closure at least. Outre doesn't give the reader any closure whatsoever at the end of the book. In fact, I'll go so far as to say that this should have been probably combined with book two, even though I haven't read book two yet, and honestly probably won't after this. First off, it took about an hour or so to really take off and grab my attention. I honestly wouldn't have minded it if the story wouldn't have stopped abruptly without any answers.

Jake's town is hit by some sort of weird tornado-like phenomenon. His sister and mom go missing. Then dad goes missing. When Jake and his friends go on the hunt for them, things get even weirder. That's really all I can say without giving away spoilers.

If you're planning on listening to the entire series or if you like reading/listening to stories up to when it starts to get good, then this is the book for you. Peter Borys did a decent job with the narration and I would listen to another of his performances in the future. I was voluntarily provided this free review copy audiobook by the author, narrator, or publisher for an honest review.

Fast paced short story. After the beginning segment, the story is very fast paced and entertaining. Appears to be first book in a young adult alien abduction series. I received this for free for an honest review.

"Everything is going to be alright."

Reader beware: if you like your endings to provide resklution, this is not the book for you. It is uncertain as yet if this is a serial rather than a series, necessitating the two further volumes to continue the story to it's finale or, if instead, as suggested in the blurb, this same tale is to be reprised from two alterrnative perspectives which might, or might not, reveal a whole story. Whichever it is, this book finishes on an unexpected cliffhanger, leaving the reader without the means to evaluate what went before.
Told in the first person by 15 years old Jake, he tells of a storm which swept through the small town of Pinkerton in 1982. He and his two friends, Pitts and Diddleman, often road their bikes to nearby Eagles Park, with its legends of violent deaths and disappearing women, and strange sightings in the sky. So when Jake's mother and sister can't be found after the storm, the boys go looking for them. This book has an initially slow build up, but once past the initial pages the pace rapidly increases with atmospheric tiredness and a growing sense of foreboding and unreality coupled with fear. It is gripping, pulling the reader further into the trauma which is being suffered by the main character, Jake.
This same sense of intense atmosphere is very well captured by the narrator, Peter Borys, who gives an excellent performance as young Jake, his confusion and fear. My thanks to the rights holder of Outre, who, at my request freely gifted me with a complimentary copy via Audiobook Boom. Ending as it did it left me stunned and wanting to know more so I'm hoping that the second book will be out soon. It is a fairly short (three and a half hour) read which kept me absorbed and guessing, a five star production which loses a star because of the highly unsatisfying ending - but is still recommended.for atmosphere and curiosity.