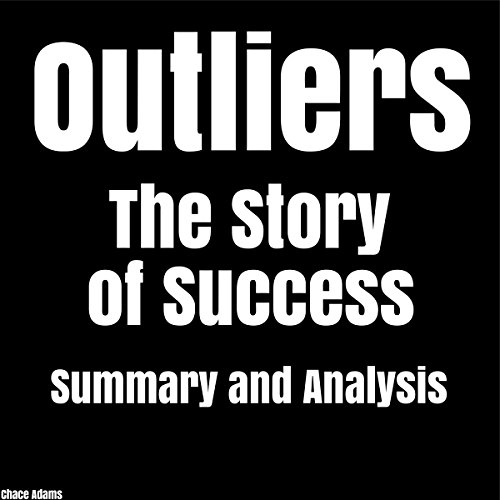 Outliers: The Story of Success by Malcolm Gladwell | Summary & Analysis

Outliers: The Story of Success by Malcolm Gladwell | Summary & Analysis

Outliers: The Story of Success by Malcolm Gladwell is a narrative investigation on how peak performers, leaders, elite, or the best of the best are prepared for high performance and achievement compared to the ordinary people in our society. This book will dwell deeper on factors such as family, culture, and environment, among other factors that shape the lives of the extraordinary individuals who achieve greater accomplishments beyond the understanding of the average person. Outliers is a magnum opus that will elevate our understanding of success.

The 10,000-hour rule is a process that describes how it takes time to develop and nurture an individual to become an expert or great at something. Bill Joy is one the brilliant minds in the world of computer technology who was lucky to have the opportunity to sharpen and hone his programming skills at the University of Michigan. In 1971, the University of Michigan was the only university and place in the world equipped with computers. At that time, computers were enormous mainframes which occupied a whole room, as it was during the early years and stages of computers. In addition, the University of Michigan was the only university in the world that offered advanced computer science programs. The program saw over a thousand students passing through the white room, and this included Billy Joy, a young, talented teenager from Detroit.

After graduating from North Farmington High School, Bill Joy enrolled in the University of Michigan to attend the Computer Center, and in 1975 enrolled in the University of California at Berkeley. Bill Joy immersed himself deeper into the world of computer programming, including collaborating with a small team of programmers, and he took on the duty of rewriting UNIX. After graduating from the University of Berkeley, he co-founded Sun Microsystems; a company that played a critical part in the revolution of the computer. In certain circles, he is considered the Edison of the Internet.