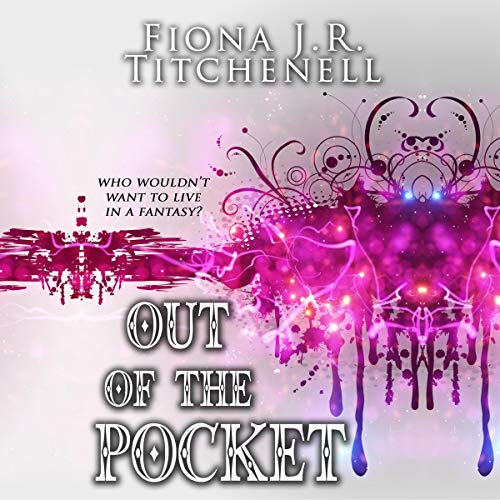 For over a century, the town of Green Beach has frightened its children with the tragic legend of Joshua Thorne. He’s the reason it not only locks its doors at night but nails its windows shut. Steeped in romance and revenge, his is the kind of story Angela Ironwright lives for.

When the specter of Joshua appears to her, insisting she’s the only one who can help him piece together the fragments of his own murder, she follows him without a second thought into a place he calls the Pocket, a beautiful hidden world of jumbled memory and imagination. But the Pocket holds more than magic and mystery. Before long, its other reclusive inhabitants begin to call out to Angela, warning her not to trust Joshua and begging for her help to escape his dark power.

Angela’s sure there must be some misunderstanding, and she’s determined to set it straight. Otherwise, finding justice will mean betraying the only boy who’s ever liked her.

Smart and genre-savvy, Out of the Pocket is a dark, honest, subversive take on the modern paranormal love story.

What listeners say about Out of the Pocket

I had no idea when I bought it this was an other-worldl story of dragons and the like. That's not my thing, but if it's yours, you're going to love this intriguing story with captivating characters. It's a well organized, well communitcated story and the audio is well verbalized. Enjoy!
Award-Winning Mystery Author, Lynda Rees
lyndareesauthor.com
Become a VIP for free reads and exclusive offers.
https://bit.ly/33fcOuy