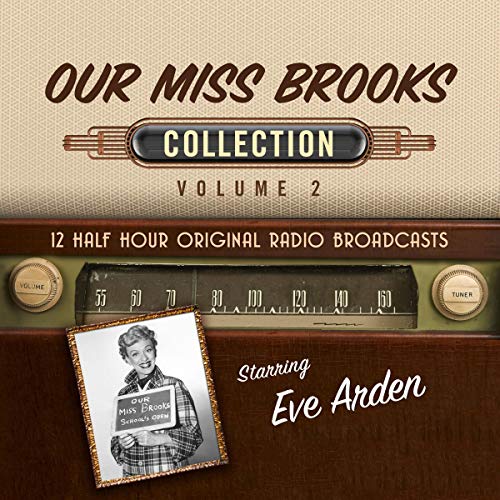 Our Miss Brooks was a situation comedy show heard on radio and seen on television and films. It starred Hollywood film and New York stage veteran Eve Arden, who had specialized in playing the wisecracking friend to the heroine. She often did it better than anyone else, receiving an Oscar nomination for 1945's Mildred Pierce. Arden's skill with the wicked one-liner and acid aside was beginning to lead to typecasting so, to find a new image, Arden signed on for the lead in radio's Our Miss Brooks. The series centered on Connie Brooks, a smart, sharp-witted, lovable English teacher at fictional Madison High School. Between gentle wisecracks, Miss Brooks doted on nerdish student Walter Denton (Richard Crenna) and frequently locked horns with crusty, cranky Principal Osgood Conklin (Gale Gordon). Many plot lines revolved around Miss Brooks' longing for Philip Boynton (Jeff Chandler), the school's bashful biology teacher. Our Miss Brooks made a successful transition to TV in 1952 while the radio series lasted until 1957. Enjoy 12 comedy-filled half-hour episodes in this collection!