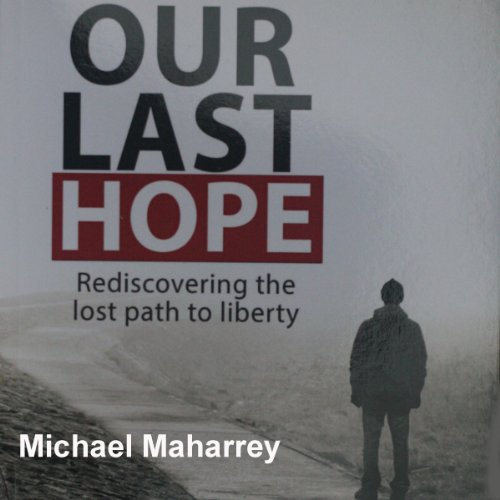 By: Michael Maharrey
Narrated by: Jeff Riggenbach
Free with a 30-day trial

Vote the bums out! Call Congress! Take it to the Supreme Court! These are the calls of political activists nationwide. Yet these methods have completely failed to limit the power of the government in Washington, DC. For over a 100 years, it hasn't matter which political party has been in charge. The consolidation of power in the hands of an unlimited central government continues. In Our Last Hope: Rediscovering the Lost Path to Liberty, Michael Maharrey makes the case for a different path - one that's both old and new. It's called nullification. The message? If a new course isn't taken, and taken now, Liberty... may be lost forever.

What listeners say about Our Last Hope

Please, please, PLEASE read this book and start protecting us from the overreaching Uncle Sam. Don't let history judge you as having been the last hope for regaining and preserving our liberty had you acted when you had the duty to do so … but failed. This book clearly lays out the rightful remedy. I applaud the author for his courage and clarity of words. The narrator for the audio version is perfect.