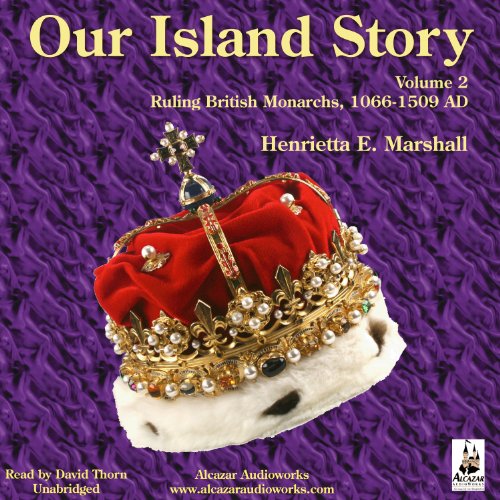 By: Henrietta Elizabeth Marshall
Narrated by: David Thorn
Try for $0.00

Volume Two of a five part series telling the story of Great Britain from its earliest beginnings to World War I. Our Island Story, originally published in 1905 and later updated, details the history of Britain up to World War I (including some myths and legends associated with British history). Author H. E. Marshall based the book on her answers to her children's questions about the history of their "home island".

Henrietta Elizabeth Marshall (1867-1941) was a British author, most famous for her works of history for children. For decades, Marshall's books were ubiquitous in schools and home libraries. Much of the popularity of her works stems from her talent for making history read like good storytelling.

What listeners say about Our Island Story, Volume 2