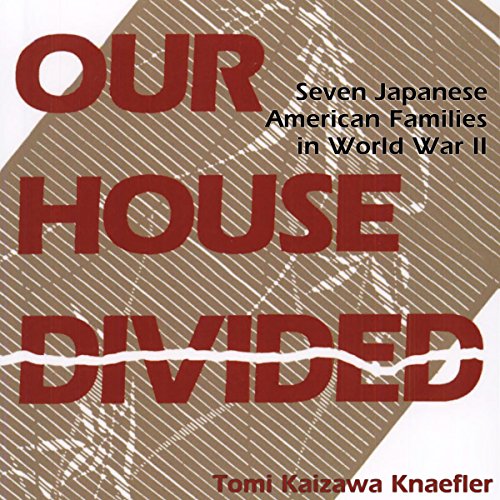 How does a man serving in the Imperial Japanese Army feel when he suddenly sees his brother in the uniform of the enemy United States? How does a Japanese mother, surrounded by barbed wire in an American internment camp for enemy aliens, feel when her only son writes: "I am now an American soldier. I must fight and, if necessary, die for my country"? How does a Hawaiian-born youth feel as he lies near death in Hiroshima, a victim of history's first nuclear attack, launched by the United States? Or a 12-year-old girl on a sugar plantation, whose ailing father returned to the place of his birth just a month earlier, on the morning she hears that "yellow Japs" have attacked? These are among the moments of excruciating confrontation experienced by Japanese American families, divided geographically and politically between Japan and Hawaii when the Pacific War exploded at Pearl Harbor.

Our House Divided focuses on seven personal stories of such families as they struggled with the emotions and events brought on by the war - stories of the dilemma of first-generation Japanese Americans who were strongly attached both to the country of their birth, and to the land where they had spent most of their lives and raised children in communities they had helped to build; and stories of the dilemma of second-generation Japanese Americans, whose loyalty to the United States was questioned even though they were American citizens. That these citizens turned that distrust into national respect through their celebrated achievements is also part of the poignant story.

Our House Divided, an inward journey for the author, will open the eyes and hearts of many listeners who have roots in more than one country and culture.

What listeners say about Our House Divided