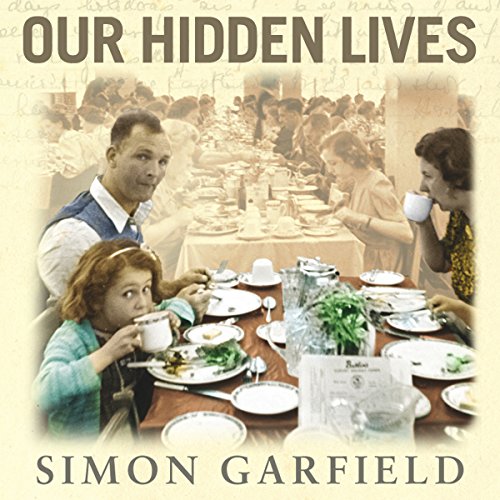 The idea was simple: ordinary people would record, in diary form, the events of their everyday lives. An estimated one million pages eventually found their way to the archive - and it soon became clear this was more than anyone could digest. Today, the diaries are stored at the University of Sussex, where, remarkably, most remain unread.

In Our Hidden Lives, Simon Garfield has skilfully woven a tapestry of diary entries in the rarely discussed but pivotal period of 1945 to 1948. The result is a moving, intriguing, funny, at times heartbreaking audiobook - unashamedly populist in the spirit of Forgotten Voices or indeed Margaret Forster's Diary of an Ordinary Woman.

"I love these diaries. They have the attraction of being stories, but real stories - Better than any novel." (Margaret Forster)
"'A lovely book. It will appeal to- anyone who appreciates the richness and diversity of human experience." (Tony Benn)
"Utterly engrossing, better than any kind of reality TV." (Gavin Esler)
"Funny, vivid, touching, angry, thoughtful - every page is a delight. This is definitely number one on my present list to give to everyone in the coming year." (Jenny Uglow, author of The Lunar Men)

What listeners say about Our Hidden Lives