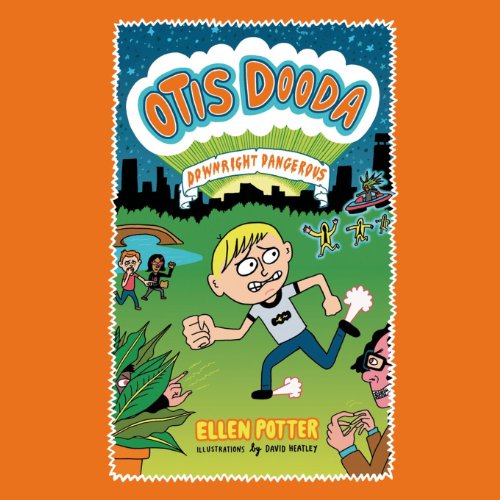 By: Ellen Potter
Narrated by: Josh Hurley
Free with a 30-day trial

After surviving the crazy events of his first weeks in New York City, nine-year-old Otis Dooda is starting out at a brand-new school. He would love to make a good impression, but life in Tidwell Towers is never that easy.

With his disgusting seatmate, the possible impending alien invasion, and the introduction of his new nemesis, Sid Frackas "The Greatest LEGO Genius Who Ever Lived" (a title Otis thought was his!), things are getting downright dangerous!

Otis Dooda: Downright Dangerous, the second title in this hilarious chapter book series, shares the story of a sort-of-average boy with a not-so-average life.