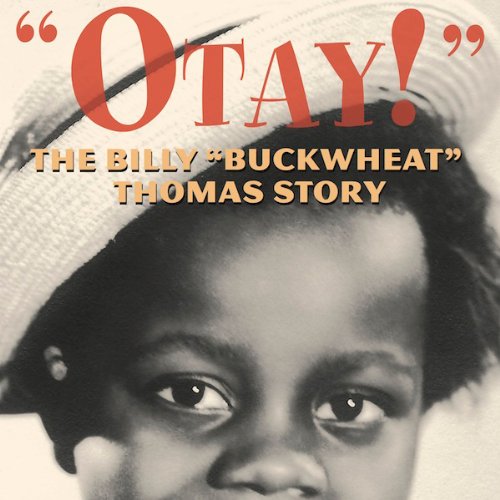 William Thomas, the man known as "Buckwheat," one of the most beloved characters in the history of the Our Gang and Little Rascals films, rose from obscurity to become an American icon. Billy's heritage grew to be more than the 93 comedies in which he appeared as Buckwheat. He was a husband, father, and soldier. Several generations have come to know Buckwheat as if he was a real person, but few knew Billy, the man behind the myth.

In "Otay!" The Billy "Buckwheat" Thomas Story, William Thomas, Jr., Billy's son, joins with acclaimed author David W. Menefee to brush back the sands of time and unearth the facts beneath the fable. For the first time, the true story is told how producer Hal Roach, Sr. plucked three-year-old Billy from hundreds of children and raised him on a pedestal before an adoring public.

For a decade, Billy was the most prominent Black American in motion pictures, but World War Two brought an end to the famous comedy series and a halt to his film career. Billy went on to live a private, nearly normal life, married, fathered an adorable child, and then answered the call to arms and enlisted in the US Army during the Korean War. Years later, imposters attempted to steal his limelight, but Billy forgave the offense with his characteristic, childlike good humor.

In an era when most Black American actors were struggling to gain a foothold in Hollywood, Billy achieved a lasting legacy. Enjoy the timeless tale of a baby superstar, who once shown brightly on movie screens during Hollywood's "Golden Years" and still fascinates audiences today.

"Otay" is an absolute delight to listen to. It is a wonderful biography of an American Icon of who so many of us have grown up with. Our Gang film shorts (also known as The Little Rascals) have been entertaining generation after generation since the 1920's and Billy Thomas as "Buckwheat" is one of its most memorable characters. While listening to "Otay" I found myself keenly interested to the story line no doubt due to the superb narration done by Bryan Hendrickson. It is simply just fantastic the way Bryan keeps you captivated from beginning to end and hopefully this will not be his last narration. As I said "Otay is a delightful listen and its short enough to listen to during your lunch hour or during your commute. I highly recommend this Audio Book.