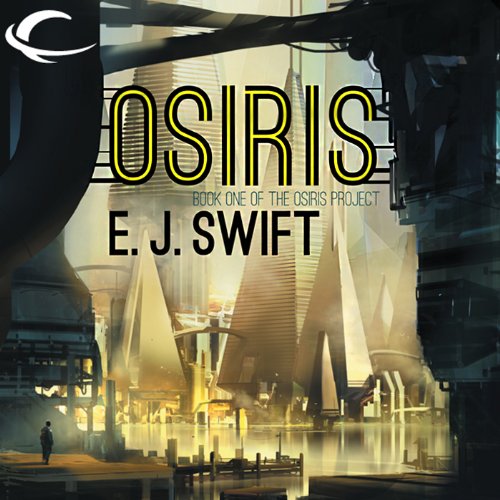 Nobody leaves Osiris. Osiris is a lost city. She has lost the world and world has lost her....

Rising high above the frigid waters, the ocean city of Osiris has been cut off from the land since the Great Storm 50 years ago. Most believe that Osiris is the last city on Earth, while others cling to the idea that life still survives somewhere beyond the merciless seas. But for all its inhabitants, Citizens and refugees alike, Osiris is the entire world - and it is a world divided.

Adelaide is the black-sheep granddaughter of the city’s Architect. A jaded socialite and family miscreant, she wants little to do with her powerful relatives - until her troubled twin brother disappears mysteriously. Convinced that he is still alive, she will stop at nothing to find him, even if it means uncovering long-buried secrets.

Vikram, a third-generation storm refugee quarantined with thousands of others in the city’s impoverished western sector, sees his own people dying of cold and starvation while the elite of Osiris ignore their plight. Determined to change things, he hopes to use Adelaide to bring about much-needed reforms - but who is using who?As another brutal winter brings Osiris closer to riot and revolution, two very different people, each with their own agendas, will attempt to bridge the gap dividing the city, only to find a future far more complicated than either of them ever imagined.

Osiris is the beginning of an ambitious new science-fiction trilogy exploring a near-future world radically transformed by rising seas and melting poles.

What listeners say about Osiris

Interesting and maybe more than it seems

I was a surprised that I enjoyed this book, looking forward to getting back to it each afternoon. It was only as I began the second book that I realized that these remind me of Kafka. Of Saramago. Unlike the science fiction I usually try to find, these books are focus on the psychological impacts of emerging totalitarian societies. Maybe.