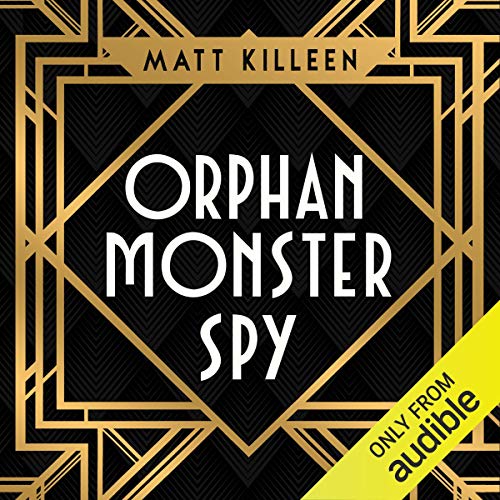 By: Matt Killeen
Narrated by: Rebecca Hamilton
Try for $0.00

After her mother is shot at a checkpoint, 15-year-old Sarah - blonde, blue-eyed, and Jewish - finds herself on the run from a government that wants to see every person like her dead. Then Sarah meets a mysterious man with an ambiguous accent, a suspiciously bare apartment and a lockbox full of weapons. He's a spy, and he needs Sarah to become one, too, to pull off a mission he can't attempt on his own: infiltrate a boarding school attended by the daughters of top Nazi brass, befriend the daughter of a key scientist and steal the blueprints to a bomb that could destroy the cities of Western Europe.

With years of training from her actress mother in the art of impersonation, Sarah thinks she's ready. But nothing prepares her for her cutthroat schoolmates, and soon she finds herself in a battle for survival unlike any she'd ever imagined.

Compelling and a different perspective

I hadn’t read any WW11 spy novels based like this before, it was a fascinating insight into the circumstances from a fascinating new perspective and it was wonderfully written.

The reader needed some coaching in pronunciation - both English and German. Lots of mistakes.

A real pageturner! Believable characters; the lives and personalities behind WW2 made 'real'. Very filmic!

I loved this story about fifteen year old Sarah in WW2. It gripped me from the start with its action and emotion. Highly recommend!

In the early days of the war, a 15-year-old Jewish girl is trying to make her way out of Germany after the death of her mother. Being small for her age through malnutrition and with much-prized blonde hair and blue eyes, Sarah is also a good actress and about to escape when she makes a split-second decision to help a mysterious man... and finds herself becoming involved in the shady world of spies.

Turning out to be a natural, Sarah is also perfect for gaining admittance to a world the adult spy needs to gain access to but cannot - a girls' school.

This is a great thriller for teenagers. There aren't too many World War-set stories for young people (Michael Grant has written some excellent novels recently with strong females, Ryan Graudin's Wolf by Wolf feels similar in tone) and this doesn't hold back on the danger or the racism.

Sarah is such a refreshing heroine, a resourceful, bright and brave young woman, her new mentor/guardian more in the background to allow her to take centre stage. We have three main acts, in the outside world, an exclusive school, and a final act as Sarah battles to help stop the Nazis in a diabolical scheme.

A plot worthy of any adult WWII novel, I loved the audio version. The characters had realistic accounts to remind you of the setting but were perfectly understandable and the story moved along nicely.

I would love to hear more of Sarah's exploits in the war. She could definitely have her own series and would make a great TV character.