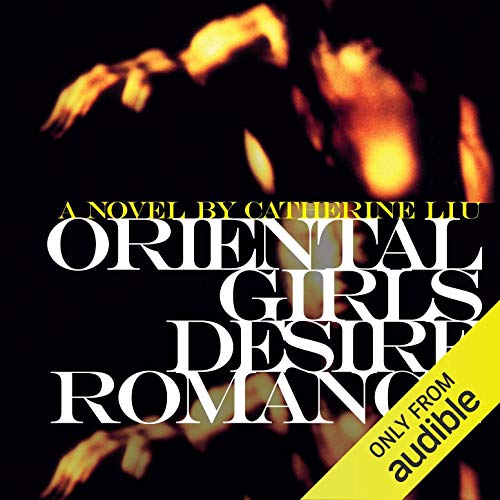 By: Catherine Liu
Narrated by: Eunice Wong
Try for $0.00

It's 1980s New York, and though the coke flows freely, money and glamour are the more powerful intoxicants. While fortunes are being made in SoHo galleries and on Wall Street, an underclass of transient drag queens and dandies, club kids and strippers, artists and actors, models and waitstaff wander the streets, providing the city's background color, cheap labor, and even cheaper entertainment.

The unnamed narrator of Catherine Liu's 1997 novel Oriental Girls Desire Romance - now reprinted by Kaya Press - is a young Chinese-American woman who skirts the edges of New York privilege. A refugee both from her Ivy League education and a family of Maoist ideologues, she navigates the city as a slacker, temp, and exotic dancer, outmaneuvering the ever-present lure of Prozac. Liu's debut novel recalls the seedy street atmosphere of Bette Gordon's 1984 film Variety through a narrator that is perceptive, funny, and unhinged.

Featured Article: The Best Sex-Positive Books to Empower and Inspire You


Sex is a natural part of life, but it can sometimes feel like a taboo subject—which is a bit preposterous, considering how sex is linked to politics, gender, mental health, literature, and how we navigate the world. This list of the best sex-positive nonfiction books (with a few provocative fiction titles thrown in for good measure) is all about exploring the intricacies of sex with intelligence, humor, and insight. Discover these cross-genre voices.