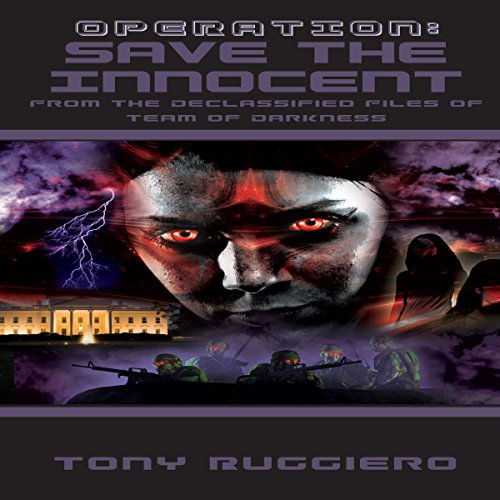 Operation: Save the Innocent (Declassified Files of Team of Darkness Book 2)

By: Tony Ruggiero
Narrated by: Andrew B. Wehrlen
Try for $0.00

Book two of the Team of Darkness Series. In his follow up to the critically acclaimed Operation: Immortal Servitude, award-nominated author Tony Ruggiero weaves a tale of intrigue, secrecy, and choices.

John Reese thought it was all over - all except the nightmares. Everyone thought the Team of Darkness operation finished, and the vampires dead. When Stone is murdered, a secret government organization sets out to contain the project - their way. And just as he begins his teaching career, John Reese is recalled to active duty to hunt down the two young vampires, gone missing from the "training" facility. But he must do it without revealing his secret: the Team of Darkness vampires still live, and likely freed the girls. If the secret gets out, his very freedom is at stake.

What listeners say about Operation: Save the Innocent (Declassified Files of Team of Darkness Book 2)