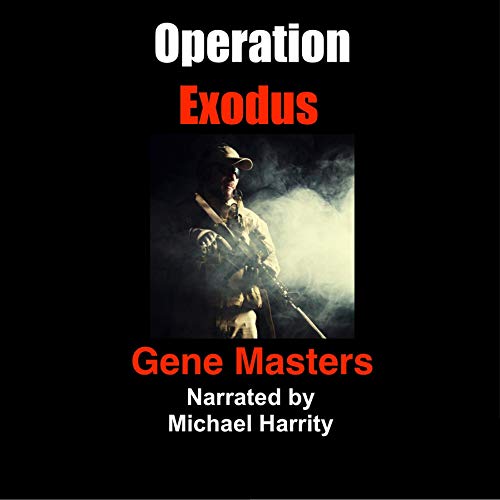 By: Gene Masters
Narrated by: Michael Harrity
Try for $0.00

Six Christian missionaries are kidnapped by the Iranian government and become unwitting pawns in a high stakes gambit to embarrass a hated US sitting president and ruin his chances of reelection.

With the help of Israel’s vaunted intelligence agency Mossad, the prisoners are located in an ancient fortified prison just outside the southeastern Iranian port of Kanarak, a resort city off the Gulf of Oman.

Rescue Operation Exodus is launched, headed by Navy SEAL Lieutenant Jake Lawlor, grandson of a legendary WWII submarine commander. Will the torture and brainwashing be successful, or will Jake and his fellow SEALs save the day?

Find out in Operation Exodus, a fast-paced thriller by Gene Masters, author of the best seller Silent Warriors: Submarine Warfare in the Pacific.

What listeners say about Operation Exodus