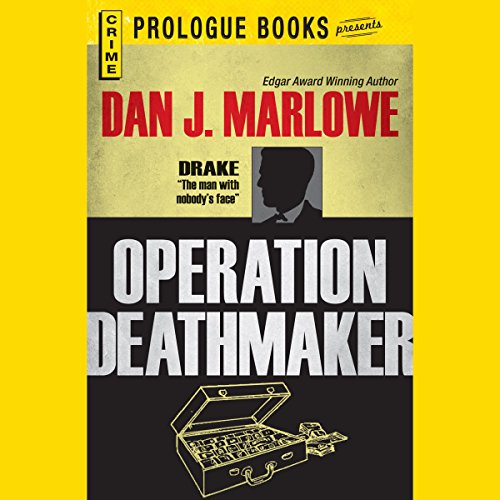 I was driving Hazel’s niece, Melissa, to the airport when it happened. The car right behind me in the parking lot stopped and two men burst out. Crouched low, they came at me in a rush.The next thing I knew I was hit in the face with a stream of acid spray. I fell backward into the car. And that’s the last I knew. Until I came to.

The two guys were gone.

And so was Melissa….

Operation Deathmaker…a whiplash story of suspense, kidnapping, and murder, and a man who wouldn’t give up - Drake.