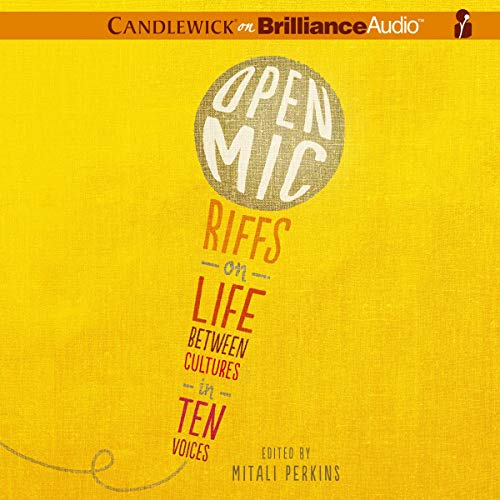 Let’s face it: Talking about race can be difficult. It’s a slippery subject, rife with as many perspectives as there are people in the world. But laughter gets us talking. It has the power to break down barriers and draw us closer together. In Open Mic, acclaimed author and speaker Mitali Perkins invites us to listen in as 10 authors for young adults - some familiar, some new - step up to the mic and share their stories about what it’s like growing up between cultures.

In a mix of styles, the offerings in this anthology are as diverse as their authors: from the laugh-out-loud hilarious, like David Yoo’s story about a Korean-American boy pretending to fit every Asian stereotype in order to make friends; to the editorial, like Gene Luen Yang’s comic that explains why he won’t be watching the Last Airbender movie; to the ironic, like the poem from G. Neri about confronting stereotypes abroad; to the reverent, like Naomi Shihab Nye’s ode to her father’s use of language. But no matter what, this volume will certainly get us talking. Step up to the mic.

What listeners say about Open Mic