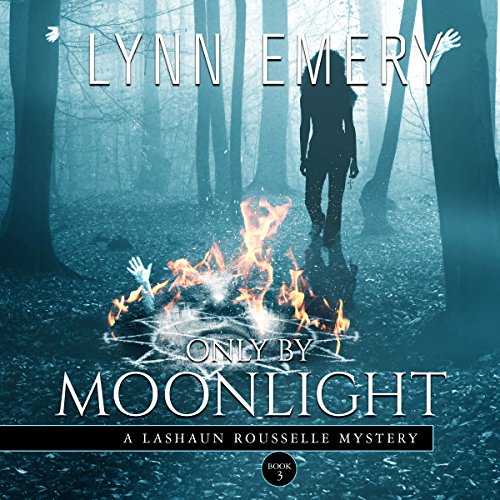 By: Lynn Emery
Narrated by: Quiana Goodrum
Try for $0.00

Only by Moonlight is the third book in the paranormal series featuring psychic LaShaun Rousselle and Deputy Chase Broussard. Lovely Vermilion Parish, Louisiana, is teeming with bloody secrets. LaShaun is once more called on to use her paranormal ability to solve a mystery.

In Only by Moonlight, what starts out as a simple case of wild teenagers dabbling in the occult turns out to be just one layer to a far darker and deeper plot. A formidable cult is determined to unleash a malevolent force on the world. To her horror, Chase seems possessed by the threat LaShaun is fighting to defeat. Will she have to kill Chase to save him? LaShaun wages a war she can't afford to lose.

What listeners say about Only By Moonlight