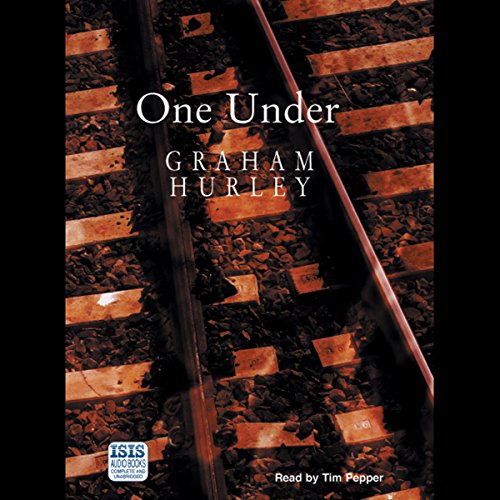 By: Graham Hurley
Narrated by: Tim Pepper
Try for $0.00

DI Joe Faraday is called to the scene of a brutal death: the remains of a body have been chained to the railway line at Buriton tunnel, just north of Havant. Faraday has no name and no obvious leads to follow. DC Paul Winter is ordered to trawl through the missing persons list and comes across a missing man he suspects has fallen victim to foul play. Two men, one dead, one missing. Two detectives looking for them. Two stories entangled in the most bizarre and compelling ways.
©2007 Graham Hurley (P)2007 Isis Publishing Ltd
Crime Fiction Hard-Boiled Police Procedurals Traditional Detectives Suspense
Show more Show less

What listeners say about One Under

Good to the last drop

I really enjoyed this book - there were 2 intertwined stories, and even though the bulk of the solution was revealed before the end, there were enough loose ends left to keep me hooked and saddened that the book was over. The scenarios were very original, and the main police characters quirky and likeable. I listen to and read a lot of books, and the originality of this stood out.

My only complaint is the SLOW narrator and pauses that had me checking my player. The narrator must have been paid by the minute because he made maximum use of every possible pause. I did get used to it eventually, but it detracted from the story.

While it is not fast paced, there was good character development which I believe is where the strength of the novel lies. Several folks commented on the narrator's slow style. I became accustomed to it, wasn't distracted by it and found him easy to listen to. Two mysteries are being investigated within the novel. I liked the way the author shifted back and forth because it kept my interest. Sometimes you could anticipate what was going to happen but not always. This is probably because you began to understand the characters better.
I honestly enjoyed this book although I realize this is not a glowing review. I would say that if you don't mind a slower paced story-line with a narrator that may or may not irritate you, I think it is a great book. I did not object to the narrator. This appears to be the first of the 3 novels involving Faraday & Winter that Audible carries. I am planning on listening to the additional ones.

A well done story. But, pay attention through out the story. The ending was ok.

very poorly narrated. i only got through it because i was on a long transatlantic flight. the narrator speaks so S-L-O-W-L-Y and makes the wierdest pauses in the middle of sentences. the story was good and could earn about 4 stars but the narration badly let this down. avoid.

Could not hold my interest

I have never tried so hard to complete a book that didn’t hold my attention. I finished it today but still have no idea what was going on.
The narrator was fine, but the story line seemed he to be all over the place. Do not recommend.

Its just a shame that Audible have not got more of the Joe Fraraday series to download. If you like your modern dective thrillers to have a gritty realism, a supurb cast of colourful characters and a good story line to keep you hooked then look no futher a really enjoyable listen. If you like Rebus, Morse, Frost then you will be pleased with another addition to the modern detective. The narrator Tim Pepper is perfect for creating the ambience and has a wide range of voices that make the whole experience a treat.

Would you consider the audio edition of One Under to be better than the print version?

I would tend not to buy a print or kindle version of this title . It's the kind of book I enjoy listening to on my long commute.

He has a nice voice and is good at dialogue ( he is an actor after all) but his general reading of descriptive passages is stilted with odd pauses in the middle of phrases ( I assume he is stopping at the end of a line and it's a bit obvious) . He also mispronounces a lot of words - simple things like " hose" and "grate". Might have been nice if the producer had let him repeat some paragraphs and edited out the worst mistakes.

This was a good murder mystery which I enjoyed enough to download the next audio book in the series - although I am hoping that Tim Pepper has had a bit more reading practice. It was oddly dated with some rather tacky references to FHM magazine and a girlie calendar in the mortuary which are generally unacceptable today.

Play up Pompey, and use 1.1x for the narration

As with the previous book by this author I listened to, the narration was not so great - same narrator, but this time I played the narration at 1.1x speed and it was really good, correcting nearly all the hesitancies that were previously so irritating. It made me wonder whether or not there had been a tape deck malfunction during recording.

The story itself was excellent. I know almost all the places where the action and drinking happens and love the inclusion of genuine Pompey slang. Any story that twice mentions Pompey’s April 2005 4-1 win over Southampton gets an extra star star, dunnit mush?

The story got better as it went on and now I have discovered that the narration is really good at 1.1 x speed I’ll be looking for another in this series.

The ending was excellent.