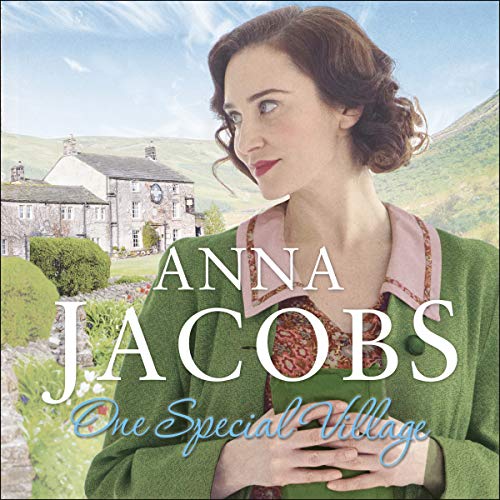 Widower Harry Makepeace lives in Manchester with his sickly daughter, Cathie, scrimping and saving to get by. But after she suffers a violent asthma attack, the doctors say she must move to the clean, fresh air of the countryside to have any hope of survival. When Harry chances upon a patch of land for sale in Ellindale and an advert for a disused railway carriage that can be made into a home, he snaps both up quickly.

Harry swiftly becomes part of the community in Ellindale, making friends with the locals, and soon finds himself attracted to Nina, another newcomer to the village. Finally, he's found somewhere he and Cathie can build a new home.

But their problems are far from over. Times are hard in Ellindale - Harry is not the only one struggling to find work. Then there's his old boss, who will stop at nothing to punish him for daring to leave. And Harry's already made an enemy in Ellindale - someone who could make his life very difficult indeed....

Praise for the Ellindale series: "One of the most lovely and heartwarming books I have ever read!" (Between the Pages)

What listeners say about One Special Village

Another great book in this fantastic series. Really enjoyed all the books and can't wait for the next one in march. I have read all three books one after the other. This is a very good series of books and I would highly recommend it.

Just as good as the first 2. I could not stop listening, so finished it much too quickly. Anna Jacobs is a very good author and Anne Dover, as usual delivered it all brilliantly!

As always this narrator makes the characters come to life. I love this series. Well
Worth listening to. Brilliantly written , as always.

Very good story loved every minute . Strongly recommend this book good from start to the end ☺

enjoyable 3rd book in the series

A thoroughly enjoyable story, narrated by the brilliant Ann Dover , now for the final book in the series.

Sit back, relax, enjoy listening. I did.

Third book in the series, sit back, relax and enjoy listening to a true to life story of 1930s Lancashire.

Love this audiobook and the whole series. Great storyline, continues on from the previous titles well. I'll revisit many times. The narrator is excellent.

Excellent Story did not want to stop listening

One of the best story lines I'ever listen too. They may not have had much but they all pulled together. Its a pity people today are not like this!

Fantastic 3rd book of the set

This story has tied them all together with books 1 and 2. Follows on perfect and helps you follow the lives of the people in the village