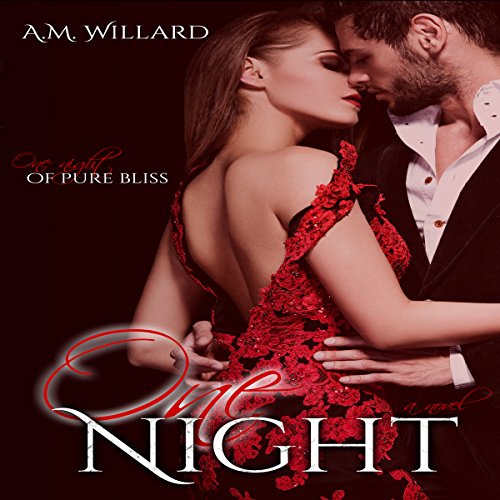 One Night: Angela Stephens is happy, isn't she? She's married and has the career she's always wanted. Traveling the world has always been Angela's dream, but what happens when the distance between her and Christopher is put to the test? Will Angela give in to one night of pure bliss with a stranger?

One More Night: Can Angela save her marriage? Does she want to? Will her one night with Logan Black be just that, or will he find his way into her heart? What secrets is Christopher keeping from her? Is it too late for Angela to have it all? Will she find true happiness and love along with the family she has always yearned for?

Forever Night: All Angela Stephens ever wanted was a career, a faithful husband, and a family. When her heart was shattered, Logan Black swooped in to pick up the pieces. Does a marriage full of secrets and lies hold Angela back from her one true love? Logan Black had it all, but when he met Angela Stephens he realized what was missing. Will Angela be able to tame the ultimate playboy? Will Logan and Angela chose a Forever Night?

What listeners say about One Night Series: Books 1-3

If you could sum up One Night Series: Books 1-3 in three words, what would they be?

I loved this story for it's Sexiness, Comedy and Romance,

What does Darla Sanders bring to the story that you wouldn’t experience if you just read the book?

Could not stop listening.

Would you consider the audio edition of One Night Series: Books 1-3 to be better than the print version?

I actually have the audio edition and enjoyed being read to. Makes your imagination come even more alive with the different voices the narrator, Darla Sanders, uses. A+.

What was one of the most memorable moments of One Night Series: Books 1-3?

Logan & Angela's "One Night Stand" is very memorable. It gives you a glimpse of what to look forward to for the rest of the stories. Very steamy!

Which character – as performed by Darla Sanders – was your favorite?

Tabatha the best fiend. Every girl needs a good friend like her. Honest, outspoken and fun!

It made me laugh. Mostly at Tabatha's funny comebacks and name calling.

If you enjoy a steamy read this definitely one to consider. You will fall in love with Logan, wish you were as lucky as Angela and as witty as Tabatha.

Very cutesy I found that there wasn’t enough fight for the men’s women . It seems they where to laid back in there decision for there women. But it was pretty good.

There was really nothing I disliked about the book itself. I wasn't a fan of the narrator. I would recommend this book to my friends. It's a great story with a few twists and turns that will keep you wanting more. Perfect ending.

I love a good love story and this definitely delivered! Think 50 Shades minus all the perfection that made the story boring.