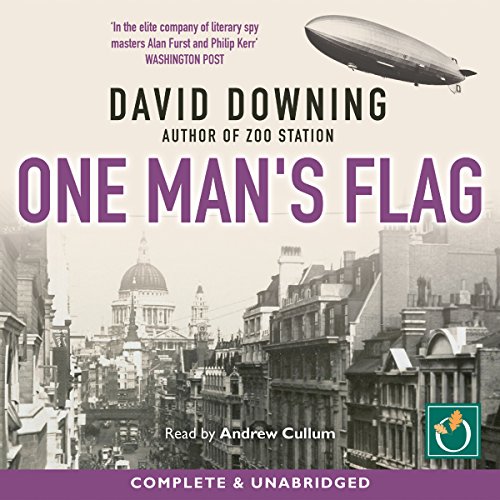 By: David Downing
Narrated by: Andrew Cullum
Try for $0.00

Spring 1915. Secret service spy Jack McColl is in India, defending the empire against Bengali terrorists and their German allies. In England, meanwhile, journalist Caitlin Hanley is rebuilding her life after the execution of her brother - an IRA sympathiser whose terrorist plot was foiled by Caitlin's ex-lover, the very same Jack McColl.

The First World War is giving fresh impulse to those causes - feminism, socialism and Irish independence - which she has long supported. But the threat of a rising in Dublin alarms McColl's bosses as much as it dazzles Caitlin. If another Irish plot brings them back together, will it be as enemies or lovers?

What listeners say about One Man's Flag

...and I hoped this would be great despite some other reviews. Sadly it wasn't and I didn't finish it. The premise should've been great but sadly it rambled and went round the houses and round again and I just lost any interest in the characters whatsoever...

The author ran out of steam

I didn’t like the narration of this at all. Stilted and artificial. As for the story as many holes as a sieve. The historical accuracy seemed ok, but the ending was so abrupt I listened twice because I thought I had missed something crucial. I hadn’t. Overall, the main plot and characters were not really believable.