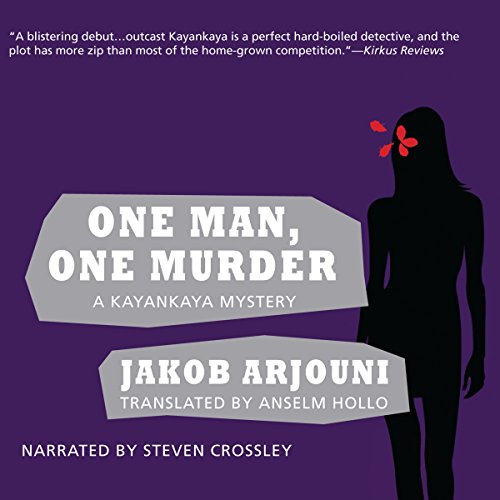 One Man, One Murder

One Man, One Murder

Love is never easy - especially when your girlfriend is an illegal Thai prostitute who has been kidnapped (again) by a gang of sex traffickers. Fortunately for the hapless fiancé, wisecracking gumshoe Kemal Kayankaya is on the case. The son of a Turkish garbage collector, he knows a thing or two about living in the ethnic fringes of the ugliest German city of them all: Frankfurt. Kayankaya plunges into the city's underbelly, where the police don't care if you live or die, and the powerful view an illegal alien as just another paycheck.

One Man, One Murder populates its pages with unforgettable characters, whip-smart dialogue, and a connoisseur's collection of grim details. But it is Arjouni's dead-on description of contemporary Europe's racial politics, vacuous nationalism, and social injustice that make his novels rise above the rest.

Would you be willing to try another one of Steven Crossley’s performances?

Not if he's reading something other than a British story.

The story, setting and characters were interesting but I found it increasingly annoying to realize that the reader had created a range of British accents. It just spoiled the whole ambience of the story. It never felt like a Turk in Frankfurt, but rather a British detective in London.