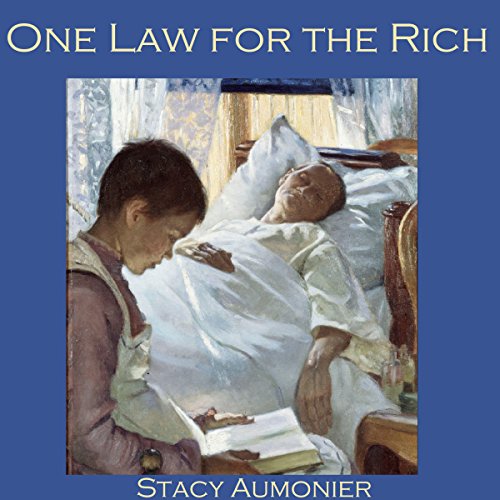 One Law for the Rich

One Law for the Rich

Stacy Aumonier was a British writer best known for his outstanding short stories. Nobel Prize-winner John Galsworthy described Aumonier as 'one of the best short story writers of all time' and predicted that he would 'outlive all the writers of his day'. Aumonier wrote over 85 short stories in his lifetime. He has been described as the 'British Maupassant', owing to his captivating plots and his ability to create complex characters with just a few lines of carefully selected prose. His intensely visual prose meant his works were readily adaptable to the cinema screen, and several of his short stories were adapted by Alfred Hitchcock.

'One Law for the Rich' is the tale of two brothers, one a rich and successful businessman, the other a poor man whose business only just makes ends meet. At a cousin's funeral, both men catch a stinking cold. One is able to afford the best doctors and medicines London can provide...the other must rely on home remedies. But how will each invalid fare?