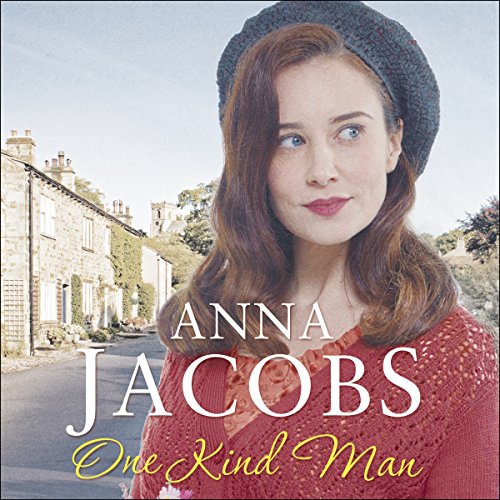 By: Anna Jacobs
Narrated by: Ann Dover
Free with a 30-day trial

From the beloved and best-selling Anna Jacobs comes the second audiobook in her new Lancashire-based saga.

Lancashire, 1931. When Finn Carlisle loses his wife and unborn child, he spends a few years travelling to keep the sad memories at bay. Just as he's ready to settle down again, his great-uncle dies and leaves everything to him. This includes Heythorpe House in Ellindale, just down the road from Leah Willcox and her little fizzy drink factory.

Finn finds a village of people in dire need of jobs, a house that hasn't been cleaned or lived in for 30 years and Reggie, an 11-year-old who's run away from the nearby orphanage and its brutal Director Buddle. When Finn sees the marks left by regular beatings, he decides Reggie will never go back there.

He can't turn away two hungry young women from the village seeking jobs as maids, either, and they, too, need help with their lives. But Buddle has other plans for the child and will stop at nothing to get Reggie back in his cruel grasp. His new neighbours help him save Reggie, but other surprises throw his new plans into turmoil.

What listeners say about One Kind Man

A great novel. Written by a brilliant writer. There is a wonderful range of characters. Some that you love and some that you hate. It is very difficult to put down. Altogether an excellent read

Enjoyed as much as the first book in series

Another fantastic listen. I love this series, the storylines are great, as is the narration.

A lovely story which I enjoyed from the beginning to the end. I am sure that anyone who listens to this will feel the same. I can’t wait to find another book of this series written by Anna Jacobs and read by an excellent narrator, Ann Dover. Loved it!

Another great book in the series, really enjoyed it a lot. The characters are very well developed and although the story is mainly based around a group of main characters it is great to see how the rest of the community pulls together and helps someone in need. The bonds of the people in the village are really touching. Can't wait to meet the next set of characters in book three...

Even better than the first one

I throughly enjoyed all of this 2nd in series audio book. Anna Jacobs is a good author and Anne Dover is the best narrator in my opinion. What’s not to love! I can’t wait for my next listen.

As always with ANNA jacob s books, the story is good, is narrated excellently and look forward to my next book.

Loved it. Couldn't leave it down. Can't wait for the next one in the series.

I really enjoyed this book. It was great to lose yourself in the fiction. Anne Dover is a great narrator

This second book is as good as the first . Can’t wait for book three please.

What an amazing story