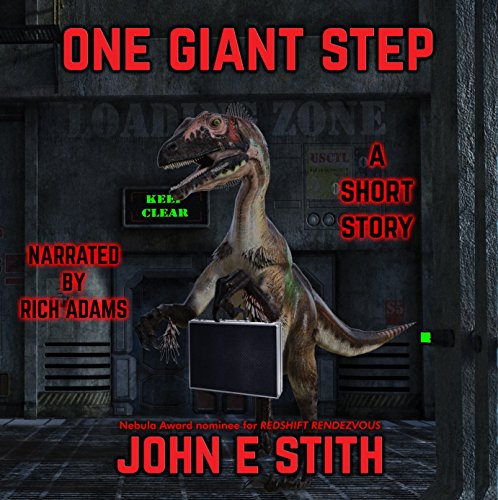 "One Giant Step" mixes time travel, dinosaurs, and treachery, for a new take on how the dinosaurs went extinct.

OGS is a short story (approx 2,300 words) from the Nebula Award-nominated author of REDSHIFT RENDEZVOUS and MANHATTAN TRANSFER.

The story was originally published in the anthology DINOSAUR FANTASTIC, 1993, edited by Mike Resnick and Martin H. Greenberg.

Narrated by Rich Adams, who has been a professional actor, voice actor, director, and scenic and lighting designer for the past thirty-five years. He has been seen in numerous films and commercials, and as a voice actor has been heard in dozens of radio commercials, voice-overs, and radio plays.

What listeners say about One Giant Step