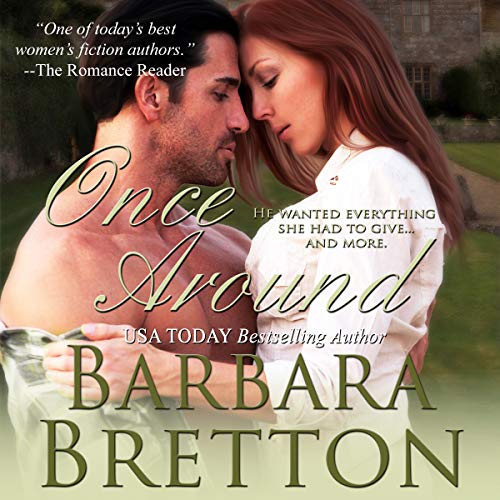 By: Barbara Bretton
Narrated by: Wendy Tremont King
Try for $0.00

Sometimes a woman has to lose everything she ever wanted before she discovers what she really needs....

All Molly Chamberlain had ever wanted was a home of her own. Children to cherish. A man who would love her and be there for her through good times and bad. Ten years into her marriage, she is finally pregnant with their first child, living in a beautiful home in Princeton, New Jersey, and eager to embrace the wonderful future she'd always dreamed of.

But it takes two to build a future, and Molly's husband has his own dreams, and they don't include Molly or their baby. When she comes home from a routine prenatal doctor's visit one sunny afternoon, she discovers that her soon-to-be-ex has stripped the house to the bare walls, emptied their bank accounts, and cancelled the credit cards. Molly is left with nothing but broken dreams and a shattered future...and a baby on the way.

The last time Rafe Garrick had heard a sound like that was years ago on a Montana mountaintop. Sometimes late at night when the hours lay heavy against his mind he could still hear the wolf, hopelessly caught in a trap, keening in terror and pain.

The sound of the woman's anguish rang out in the sweet, still air, and he followed that sound to a sun-filled room that held more pain than a human heart could bear. She stood near the window, bent over at the waist, arms wrapped tightly around her middle, back curved in a graceful arc. A cascade of vibrant, sun-streaked auburn hair almost brushed the floor as she sobbed. He wanted to reach out and gather her into his arms and hold her while she cried, the same way he had wanted to ease the wolf's pain, but sometimes a man had to turn away or risk being hurt.

And he knew in a moment that he would risk anything to spend one night with her.

He wanted everything she had to give...including forever.

What listeners say about Once Around

This was great. I enjoyed the story and the narrator. It is well worth the listen. I received it as a gift and this is my voluntary review.

This was a really good romance read / listen. The narration was a little monotone but still good - I love the southern accent she does but she slows the speech a bit too much when doing that particular character. I loved Molly and her depth of character. I was worried she was going to be a push over but I loved the strength her character develops and I absolutely love Rafe. Secondary story and characters were good and I think necessary to keep the storyline flow going. I love the epilogue and how friendships were able to not only grow but become sustainable. This read / listen is full of unlikely relationships all the way around.