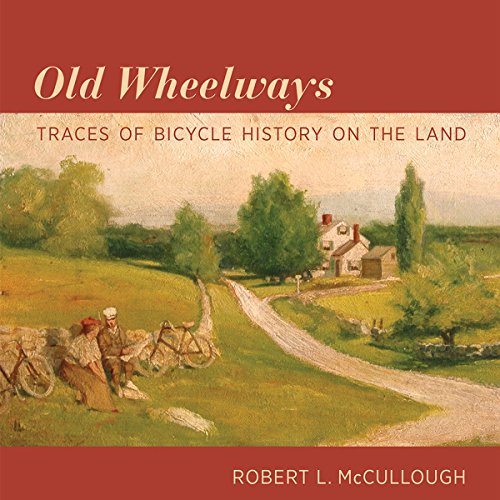 In the later part of the 19th century, American bicyclists were explorers, cycling through both charted and uncharted territory. These wheelmen and wheelwomen became keen observers of suburban and rural landscapes, and left copious records of their journeys - in travel narratives, journalism, maps, photographs, illustrations. They were also instrumental in the construction of roads and paths ("wheelways") - building them, funding them, and lobbying legislators for them. Their explorations shaped the landscape and the way we look at it, yet with few exceptions their writings have been largely overlooked by landscape scholars, and many of the paths cyclists cleared have disappeared. In Old Wheelways, Robert McCullough restores the pioneering cyclists of the 19th century to the history of American landscapes.

Today's ubiquitous bicycle lanes owe their origins to 19th-century versions. The campaigns for wheelways, McCullough points out, offer a prologue to nearly every obstacle faced by those advocating bicycle paths and lanes today.

The book is published by MIT Press.

"A highly readable, scholarly book about 'landseers' in America.. This book greatly adds to our understanding of the role of bicycles in the creation of America's modern society." (Gary W. Sanderson, editor, The Wheelmen Magazine)
"Anyone who's interested in the history of cycling, or the history of infrastructure and landscape, will find the images McCullough has collected fascinating." ( Slate)
"Here scorches a significant book." (John R. Stilgoe, Harvard University)

What listeners say about Old Wheelways