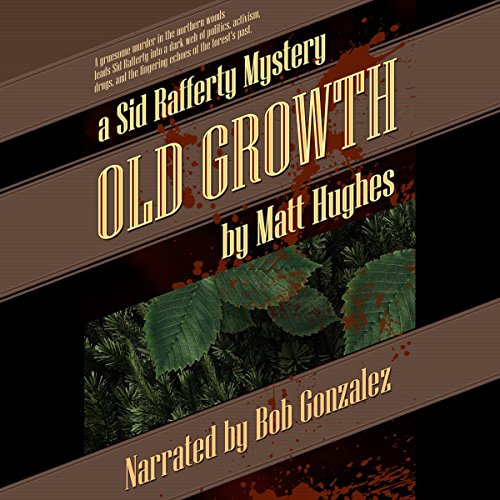 By: Matt Hughes
Narrated by: Bob Gonzalez
Try for $0.00

Freelance speechwriter Sid Rafferty signs on to help a neophyte candidate run for election as an alderman in Cumberland, once a booming coal-mining town on Vancouver Island that's now shrunk down to an out-of-the-way little village. But first another writing job makes Sid a witness to a violent death the Mounties are calling murder, then a pair of marijuana-growing brothers want to know what he's doing poking around near their grow-op.

An old colleague from his newspaper offers Sid a job spying on environmental activists, but he finds working undercover is no picnic. And he's about to find out that in Cumby, old currents run as dark and deep as the abandoned mine shafts. Dig down too far and the past can reach up with a deadly grip.

What listeners say about Old Growth