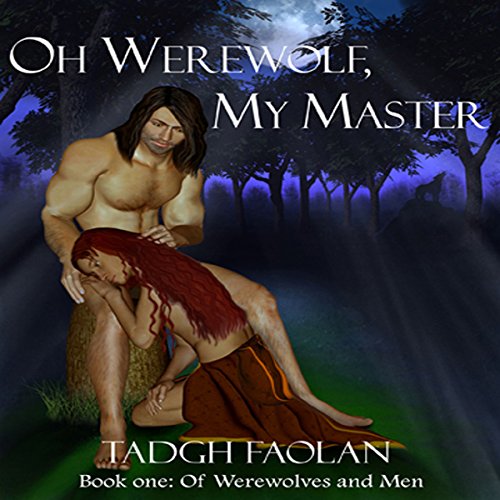 By: Tadgh Faolan
Narrated by: Jesse Belanger
Try for $0.00

Life for Michael in 17th century Britain has just gone straight to hell. Discovered by his father while pleasuring his lover Stephen, Michael is punished as a fornicator and given to the church.

After a year's penance, he is ordered by the Abbot to serve as a scribe in Ireland. But on his journey to the monastery, Michael meets what the monks call a Demon Spawn - a giant, handsome, fanged male who teaches him the true meaning of submission.

What listeners say about Oh Werewolf, My Master

A great werewolf love story with a little kink

Would you consider the audio edition of Oh Werewolf, My Master to be better than the print version?

I read all seven books of this series and it was great to be able to listen to one. Really liked the narrator. I hope to see more of the series in audio soon. There is a severe lack of good gay paranormal in audio.
This story is sweet with adventure, great sex, humor, and just enough kink.
I highly recommend it.

Which character – as performed by Jesse Belanger – was your favorite?