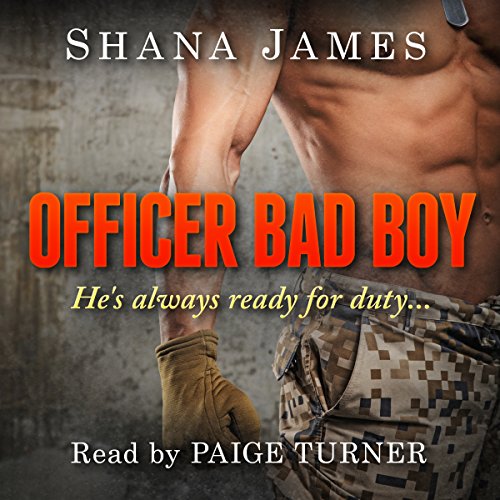 By: Shana James
Narrated by: Paige Turner
Try for $0.00

Thirty-year-old management consultant Melissa Franks has a career that's on fire. She has a passport filled with stamps to some of the world's most exotic locations, a wardrobe to die for, and a bachelorette pad in one of Washington, D.C.'s trendiest neighborhoods. But, something she desperately needs is missing, and she's at her wits end about how to get it - some routine, hot loving.

She dates, but the guys are either so into themselves they don't know how to give her the affection she needs; or they're so into her, they can't keep up with her in the sack, done in by their weak sexual stamina. She's in a seemingly endless rut that she's not sure she'll ever get out of until she receives an invitation that sends her hurtling toward an unlikely twist of fate.

She reluctantly decides to attend the wedding of an old high school pal, and one of her worst fears comes to life, again. Her friend wants to set her up with a co-worker, a tall, strapping Marine pilot who she believes there's no way Melissa will be able to resist. She's in for the ride of her life when she realizes that 32-year-old Colby Roberts is far less an officer and a gentleman than he is a virile man who's used to having things his way. Will she be able to tame the savage beast inside Colby Roberts, or will she find out she prefers the rough and direct approach that's sure to please in her new Officer Bad Boy?

What did you love best about Officer Bad Boy?

I don't usually listen to the adult-rated audio books but I got this one, because a friend of mine, recommended it. A decent story, loveable characters and a perfect narration is how would I sum "Officer Bad Boy". Because I am not a native English speaker a good narration means much to me and Paige Turner did an amazing job with this audio book. Her voice was crystal clear, incredibly sensual and made the whole experience a lot more enjoyable. I am glad I gave it a try and can't wait to get my hands on the next audio book of the same author.

Melissa’s friends blind date set-up was pretty on point. The main characters were almost mirror images in dating style so it did prove to be a bit frustrating at first. It finally heats up and except for a cheezy phrase or two it gets much hotter.

This is my first time with author Shana James and narrator Paige Turner. It appears it will be my only with both, as there has not been anything new since 2015 for Shana and it’s the only Escape title for Paige.

I didn’t notice any issues with the audio production. I listened at 1.00x speed.

Quick listen. it was pretty good for only being an hour long. Narration was hard to understand who was saying what.

Yes, the story is short but funny, sexy, worth it! Paige Turner makes Shana James’ words so alive; she did a phenomenal job. Now I’m off to find more of their work. Thank you, ladies!

My friend introduced me to Shana James books and I absolutely love them. She has such a great style of writing where she can bring a little bit of laughter into a hot and steamy book. It's a great combination. I look forward to more of her books!

Fun and sex-positive, this piece of erotic fiction delivers some of the hottest sex scenes I’ve ever heard. Melissa, a professional is set up with Colby at a wedding. Colby is a playboy who is cool, cold and calculated. Both Melissa and Colby know what they want, but Colby doesn’t play by the conventional rules. This drives conflicted Melissa mad and further turns her on. Colby comes off as says and does the things, that some men wish they could. His aloof style adds to the tension and his allure. This book is well-written and expertly read. Highly recommended! A++

A brute who touches in all the right places...

I loved Colby Roberts's direct style with Melissa, truly the author has created in Colby a master of the art of confidence.
Add to this, vivid instances where one sentence creates an entire vivid scene, the mastery of storytelling. Think 50 shades but with good writing. Shana James is clearly an artist and architect in forming a structure with strong plot points, subplots, theme, character, foreshadowing, pinch points and building tension until the climax (no pun intended). The more aroused she got, the more angry she got. I listened to it all in one sitting. Each word of Colby’s mounts her desire, increasing the pulsating of her desire. Colby Roberts was a brute but he knew how to touch a woman in all the right places….
This book delivers desire. Read it.
Review by Will Jelbert, Author of The Happiness Animal

Shana James and Paige Turner make one hell of a team!!! I bought this when I stumbled upon it while looking for a quick… ahem… but I also found myself laughing at the witty dialogue and asides as Paige Turner delivered Shana James's superb writing!! Where have these two been all of my erotica listening LIFE!? Sexy AND funny isn't something we always get in these books and it was very refreshing! A new fave!!!

What made the experience of listening to Officer Bad Boy the most enjoyable?

I LOVE listening and reading erotica books because they relax me and make me feel younger :))). In this audiobook there is a perfect balance of plot, realistic dialogues and bedroom scenes that are just smoking hot! I liked the main characters which are "mature" and not twenty something's so I could more relate to them. Also the narration is very good, her voice was crystal clear and simply adorable. I enjoyed in this little adventure from start to finish, so If you are looking for a quick "read" to kill an hour or two then don't miss this audiobook.

What made the experience of listening to Officer Bad Boy the most enjoyable?

The eroticism and the sexual appeal of Melissa Frank left me speechless. I enjoyed the whole storyline. It's so hot and steamy.

The narration was exceptional and so seductive. The voice was truly amazing.

The way both sex and romance blended, I'm impressed. The steamy hot scenes are well organized and the characters are nicely developed. Overall, it's a great story!