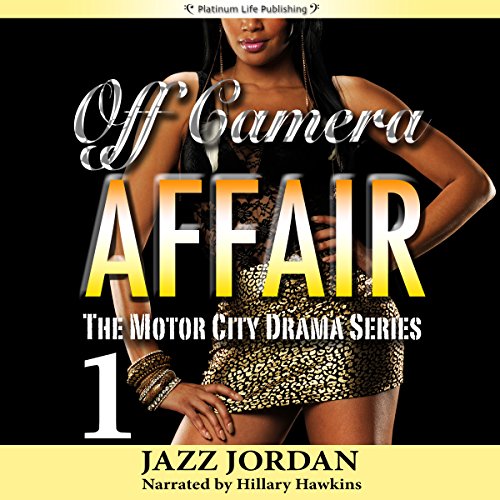 By: Jazz Jordan
Narrated by: Hillary Hawkins
Try for $0.00

Kai Lewis is a TV reporter with the inside scoop on Detroit's juiciest corruption scandals. Years ago, her affair with Frank Anderson, the very handsome but very married lead news anchor, had taken her body, soul, and career to new heights. But Kai's thrill ride with Frank ended in an unspeakable tragedy. Now, she avoids his advances, despite the deep feelings she still has for him.

Anxious to move on, Kai initiates a summer fling with Deandre Grant, a sexy NBA player with mind-blowing bedroom skills. Soon, Kai finds herself hungering for more than a casual relationship, and she's overjoyed when Deandre confesses that he feels the same way. Unfortunately, their beautiful beginning is tainted when their relationship hits two major roadblocks: Kai's sister, LaNaya, a video vixen and exotic dancer, who gets caught up in a sexy webcam operation with dangerous consequences; and Janice, Deandre's deranged baby-mama.

On a business trip to Atlanta, Kai discovers something about Frank, her former flame, that changes her perspective on the past. Will this new information open the door for reconciliation with him, or will she go all the way with Deandre?

Kai reports the news every day, but there is much more drama off the air, when it comes to her own life. This novel is a tale of fate, desire, and the unexpected.

What listeners say about Off Camera Affair 1

Horrible narrator! Hope they use a different one for part 2... Could not finish this book! And I have listened to her before

Really want to know what's going to happen with Kai but likely won't since parts 2-4 aren't on audio. Don't have have the luxury to sit and turn pages :-(